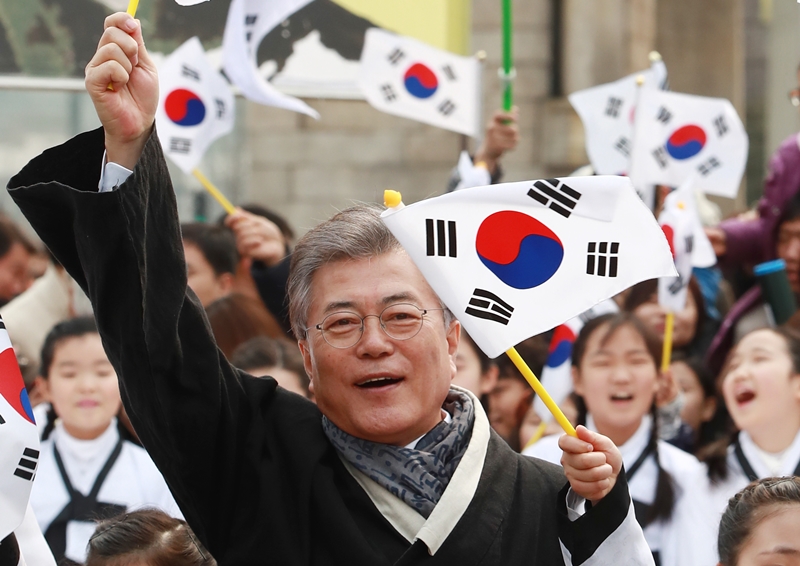 74.8 percent of the respondents said that Moon will do well in his state management. (image: Yonhap)

In the survey conducted from Wednesday through Saturday by local pollster Realmeter, 74.8 percent of the respondents said that Moon will do well in his state management, while 16 percent painted a negative outlook on his future performance.

The survey, commissioned by broadcaster CBS, was conducted on 1,516 eligible voters across the country after Tuesday’s presidential election in which Moon of the largest Democratic Party (DP) won a widely expected victory with 41.1 percent of the vote.

The survey put the support rating for the ruling party at 44.7 percent, up 3 percentage points from the previous survey conducted in the first week of May. Support for the main opposition Liberty Korea Party fell 4.5 percentage points to 13 percent.

The progressive Justice Party put in a good performance with its support at 9.6 percent, a gain of 1.3 percentage points from the previous survey. The center-left People’s Party and the conservative Bareun Party garnered 8.8 percent and 8.3 percent, respectively.

The survey’s margin of error is plus or minus 2.5 percentage points with a 95 percent confidence level.