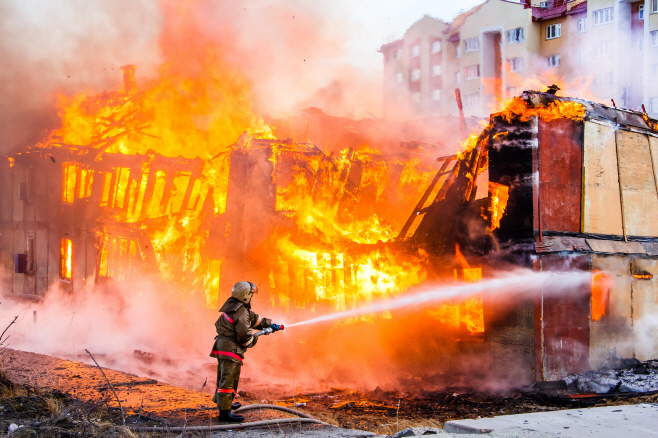 4,874 respondents accounting for 10.7 percent of the 45,719 firefighters who were surveyed said that they had suicidal thoughts in the past year. (image: Korea Bizwire)

SEOUL, Oct. 4 (Korea Bizwire) — A new survey has revealed that within the past year, more than 10 percent of South Korean firefighters experienced mental stress levels so severe that they considered suicide as a solution.

According to data submitted to Rep. Kwon Eun-hee of the Bareunmirae Party, 4,874 respondents accounting for 10.7 percent of the 45,719 firefighters who were surveyed said that they had suicidal thoughts in the past year.

The survey also found that respondents had experienced 7.7 external injuries, on average, over the last year, and 15.2 percent (6,949 people) said they had suffered from 15 external injuries or more during the past year.

Another 19.4 percent (8,869 people) answered that they experienced more than one external injury per month.

In addition, 4.4 percent of respondents (2,019 people) were found to be suffering from post-traumatic stress disorder (PTSD), which was more than seven times higher than the rate for members of the general public (0.6 percent).

More women than men, and more officials who were on the frontlines of dealing with disasters were found to be more prone to stress-related disorders.

Kwon said that it was frustrating to see how firefighters were in such pain.

“Even though the government has decreased next year’s budget for programs that help fight stress, I will do everything I can to secure the finances to help boost the mental health levels of firefighters,” said Kwon.