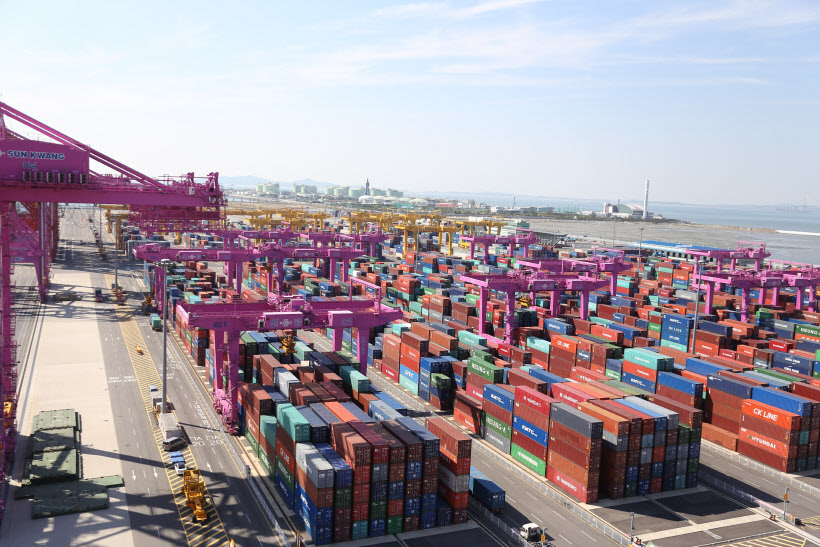 INCHEON, Dec. 27 (Korea Bizwire) – The Ministry of Oceans and Fisheries announced Tuesday a new development plan for the Port of Incheon, which involves investment of 9 trillion won ($7.45 billion) to transform the port city into a global center for logistics and marine tourism.

Incheon’s port currently ranks fourth in South Korea in terms of cargo volume, and has a low average growth rate of 1 percent per year since 2010. This falls behind the national average of 3.97 percent, and port officials have faced criticism for failing to identify future growth engines.

However, the port still has some promising attributes. Annual shipping container volume set a record with 2.68 million TEU so far this year, and growth is expected to increase in the foreseeable future given the free trade agreements with China and Vietnam, and the New Port expected to open in 2017.

Such potential was enough to persuade officials to reevaluate the city, and vote for a major reshuffle of Incheon’s ports in their logistics functions.

To begin with, officials will speed up the sea route construction process near the New Port (from a water level of 14 meters to 16 meters), to be completed by May of next year, and establish a container-specific pier and a port hinterland in the area.

In the long term, the New Port will be joined by the South Port’s container pier to establish a new container logistics hub.

The South Port will turn into a logistics complex for vehicles, while the Inner Port will no longer serve as a sand and coal terminal, and instead will be reevaluated for potential redevelopment into a congregated “harbor industry cluster”. The North Port will gain additional functionality, along with its current role of handling subsidiary raw materials including scrap iron and hardwood.

Meanwhile, officials will also establish a “marine tourism belt”, integrating the port area with Incheon International Airport, which will be joined by a 220,000-ton cruise pier, an international car ferry terminal, and a shopping complex in the South Port region, expected to be completed by 2019.

Together with Hansang Dream Land, which will be built by 2020 and cover an area of over 3 million square meters of reclaimed land on nearby Yeongjong Island, the region will become an international destination for marine tourism, officials said.

Officials added that the 13.66 million square meters of reclaimed land, which is to be established by 2030, will also house logistics and industrial complexes for the capital area.

Upon completion, the ministry expects the entire project to generate 21 trillion in production value, 6.7 trillion won in added value, and create 130,000 jobs.