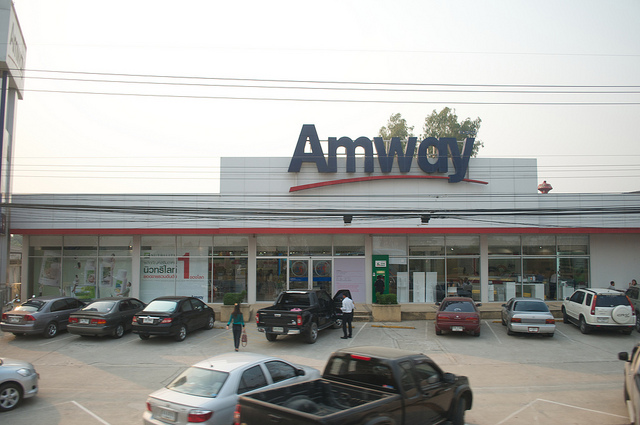 SEOUL, July 10 (Korea Bizwire) – A study revealed a huge gap in income between the top pyramid salespersons and the rest who lie underneath them, belying some of the promising offers by the companies and warning prospective pyramid salespeople.

According to a report “2013 Major Statistics on the Sales Figure and Support Compensations of Pyramid Salesperson,” published by the Fair Trade Commission of Korea on July 8, the total support compensation given out last year was 1,292 billion won and 54.8 percent (709 billion won) of it was for only top 1 percent of pyramid scheme salespeople in 2013. 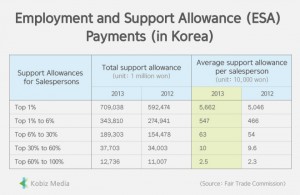 Support compensation or support allowance indicates the earnings of a pyramid salesperson based on his or her sales record.

The figures on the top-ten pyramid sales companies show that the situation is not that much different for them as well; the average annual earnings of their salespeople were only 1.08 million won. Although the total earnings by the salesmen of these companies have increased 20.7 percent from that of the previous year, it is still tenuous compared to what these companies advertise when recruiting for their sellers. The amount that these salesmen take home is not even close to what is needed to make a living.

In spite of everything, the pyramid sales business continues to thrive anyway. The number of pyramid sales companies escalated year after year, from 70 to 2001, 94 in 2012 and to as many as 106 in 2013. The number of registered multi-level salespersons also increased 21.8 percent from the previous year, to 5,723,689. Only 22 percent of them are rewarded with support compensation.

In 2013, the top-ten pyramid sales companies including Amway Korea, Nu Skin Korea and Herbal Life Korea gave out 146.3 billion won as support allowances, which is 80.9 percent of the total compensation paid in the year. This makes irrefutable evidence which proves that the support allowances are only feeding the high-up of the pyramid.

An official in direct sales division of the commission said, “We hope that the revealing of such statistics to the public will serve to help prospective pyramid salespeople make right decisions based on correct information. We will keep monitoring if there are any instances of unlawful practice occurring in this business.”