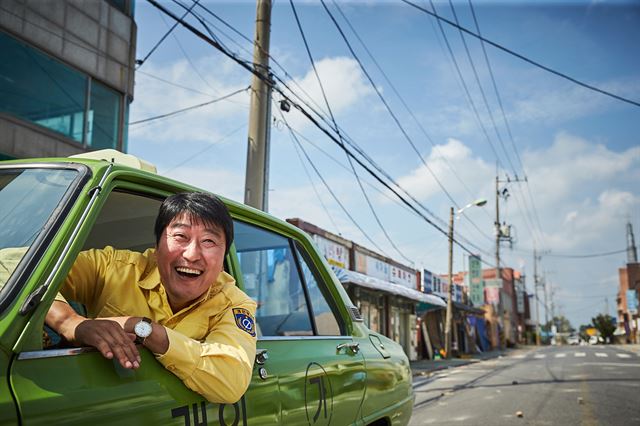 SEOUL, Aug. 13 (Korea Bizwire) — A Korean film about a pro-democracy uprising in the country has surpassed 6.5 million in attendance as of the 11th day of its run, the film’s distributor said Saturday.

“A Taxi Driver” hit the threshold Friday, becoming the fastest film to reach the milestone this year, according to Showbox.

The accumulated attendance for the film reached 6.55 million as of Friday, topping “The Battleship Island” which was released a week earlier and has attracted a total of 6.37 million viewers.

Over the weekend, the film’s attendance is expected to top 7 million, industry sources said, fanning speculation that the movie may become a 10-million attendance hit.

The period drama directed by Jang Hoon tells the story of a Seoul taxi driver named Man-seop, who happens to take German reporter Jurgen Hinzpeter to Gwangju, some 330 kilometers south of Seoul, for a large offer of money and witnesses the horrors of the bloody military crackdown on the uprising.

On May 18, 1980, citizens of Gwangju rose up against military rule and general-turned-President Chun Doo-hwan. The revolt was brought to an end by the bloody government-led crackdown, which left hundreds of people dead and missing.