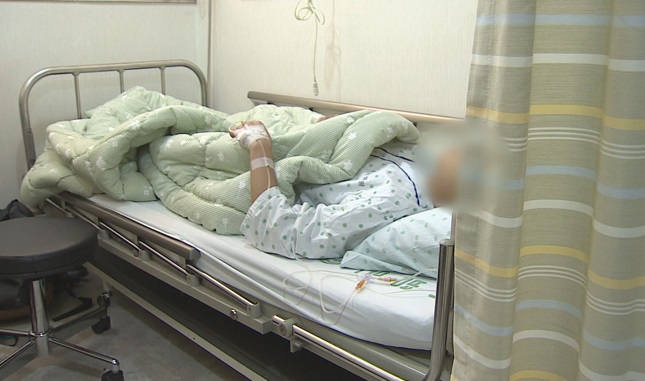 The analysis showed that in patients with metabolic acidosis, the risk of acute acid-related damage increased by 1.57 times, and the more severe the degree of acidosis, the greater the risk of occurrence. (Yonhap)

SEOUL, Apr. 17 (Korea Bizwire) — A recent study in South Korea has found that the excessive accumulation of acid-causing substances in the body increases the risk of death by up to 15 times.

Prof. Kim Se-joong and his team at Seoul National University Bundang Hospital announced on Tuesday that they had classified 4,488 patients with metabolic acidosis out of 17,320 admitted to the hospital in 2013 and analyzed whether kidney function was damaged or the mortality rate was affected.

The kidneys control the balance between acids and bases so that the body is well maintained in a neutral state.

When metabolic substances that cause acidification due to abnormal acidification are deposited in the body, metabolic acidosis that adversely affects the organs will be caused.

In addition, in metabolic acidosis patients, the risk of death also increased, and the more severe the degree of acidosis, the higher the mortality rate was.

Compared with patients who did not suffer from metabolic acidosis, the mortality rate within 90 days was 1.3 times higher and over a year, it was 1.31 times greater.

In the case of metabolic acidosis and acute acid-related damage, the risk of death was confirmed to increase by up to 15 times.

“If we combine various abnormal signals related to kidney function, we can identify the patient’s prognosis or risk of death in advance,” Professor Kim said.

“If we use multiple sources of clinical information, we will be able to accurately and quickly predict possible diseases or outcomes.”

Meanwhile, the findings were published in the latest issue of the international journal Scientific Reports.