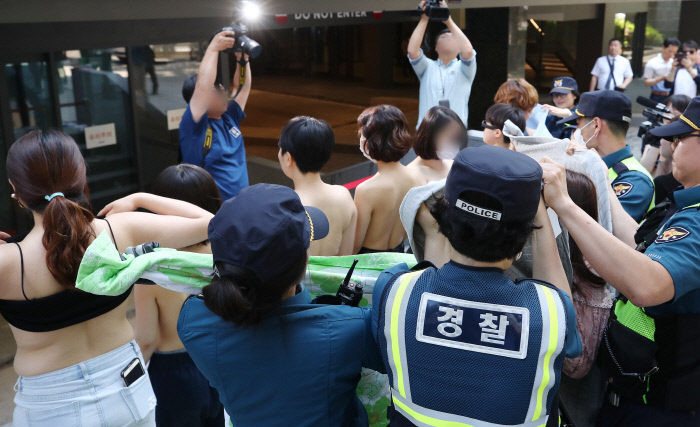 Ten women who participated in the protest removed their tops in front of photojournalists who were at the scene of the demonstration.

The women also held up papers for the press that read “Why delete photos of my breasts that I posted with free will?”

But as soon as the women removed their clothes, police officers rushed to the scene, carrying with them blankets used to cover up the bare skin.

On May 26, the female activists hosted a “menstruation festival” during which topless photos were taken. The photos were posted four days later on March 29 on the group’s Facebook webpage.

On June 1, Facebook Korea deleted the photos, saying that the pictures violated its regulations on nude images and sexual activities. Fire Femi Action’s Facebook account was subsequently suspended for one month.