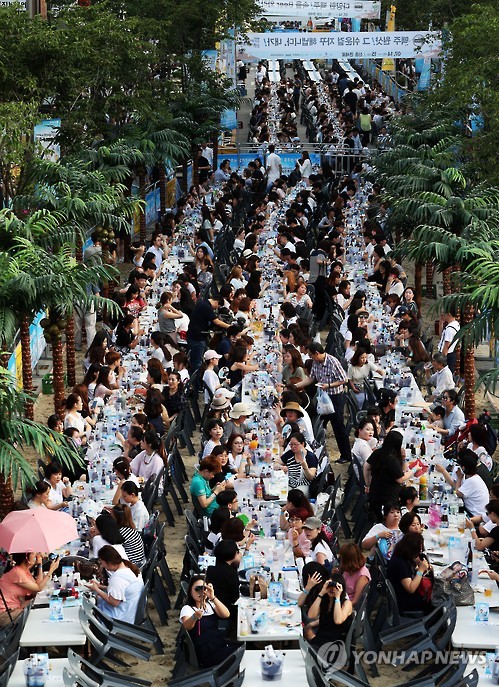 SEOUL, July 15 (Korea Bizwire) – The two-day long Sinchon Beer Festival took off on Thursday with hundreds, if not thousands, of beer enthusiasts crowding one of Seoul’s most vibrant and youth-driven alleys. The festival was first organized in October 2015 to revitalize the neighborhood’s stagnating businesses. Last year’s festival also set a record with 3,619 people drinking a toast at once. 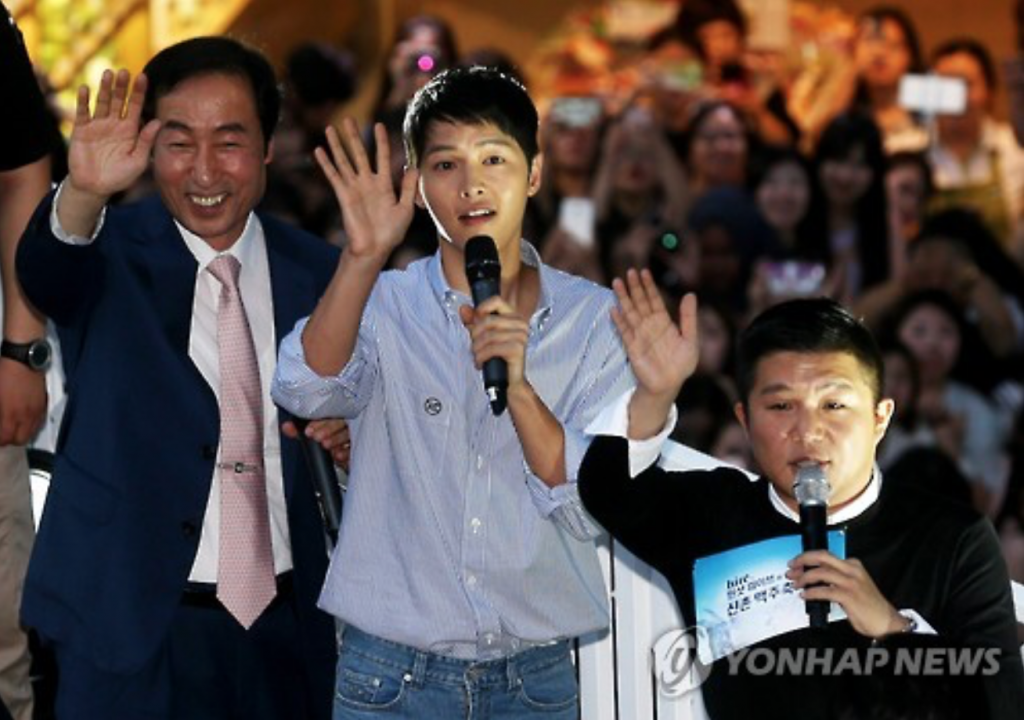 Descendants of the Sun actor Song-Joong-ki visited the festival late in the afternoon on Thursday to highlight the festival’s opening ceremony. Comedian Jo Se-ho also made an appearance. 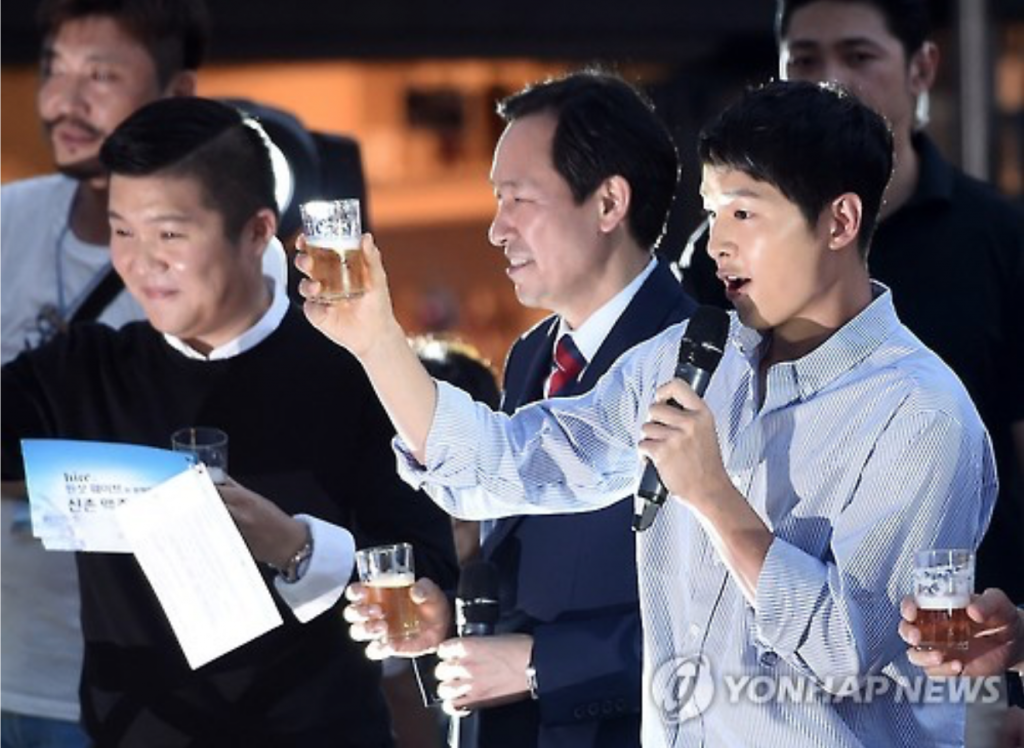 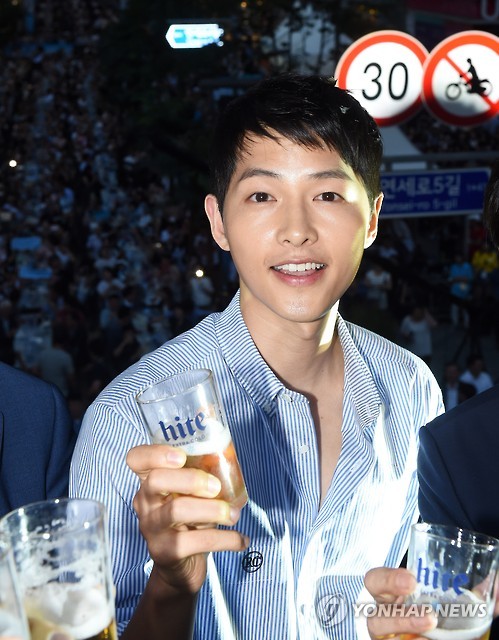