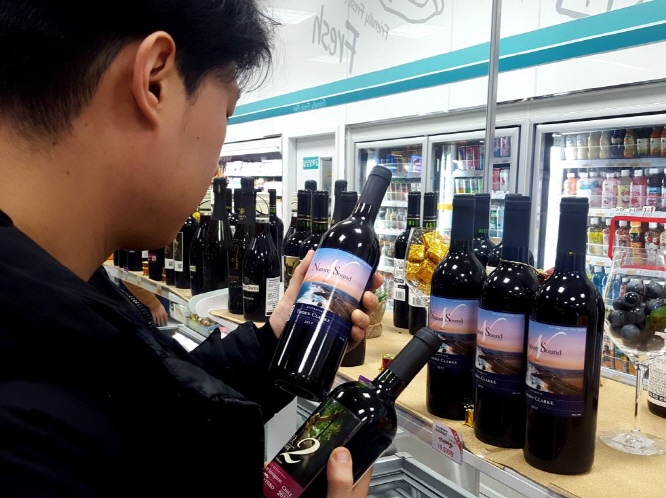 The popularity of the affordable wine led to better credibility among consumers, and sales have continued to increase in line with consumer preferences. (image: GS Retail Co.)

SEOUL, Jan. 4 (Korea Bizwire) — It has been reported that convenience store wine is gaining popularity among men in their 30s.

The products purchased with wine were mostly beer, wine openers, and ice cups. The most popular snack with wine was cheese.

The managing director responsible for wine at GS Retail explained that the success came naturally after the company started to sell affordable wines at its convenience stores.

The popularity of the affordable wine led to better credibility among consumers, and sales have continued to increase in line with consumer preferences.