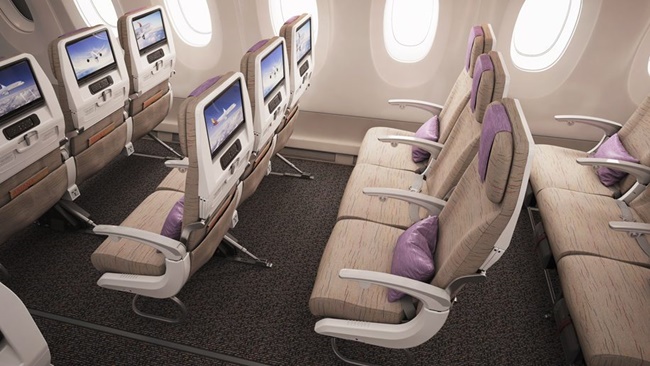 Sales of premium economy seats, which slot between business and economy class, grew 67 percent on-year between January and October, according to data from flight-booking website Skyscanner. (Image: Asiana Airlines)

Sales of premium economy seats, which slot between business and economy class, grew 67 percent on-year between January and October, according to data from flight-booking website Skyscanner.

While sales of business and economy seats also grew by 56 percent and 34 percent, respectively, first class tickets dropped by 6 percent over the same period.

For those who want to enjoy the luxurious experience of flying first class, but hesitate to do so due to the unaffordable prices, premium economy seats are proving popular, as they come with boarding priority as well as more legroom.

Premium economy seats were particularly popular for longer flights to destinations such as Europe, which accounted for 42 percent of the total sales.

The figure stood at 34 percent among U.S.-bound flights, and 17 percent for those headed to Asia.