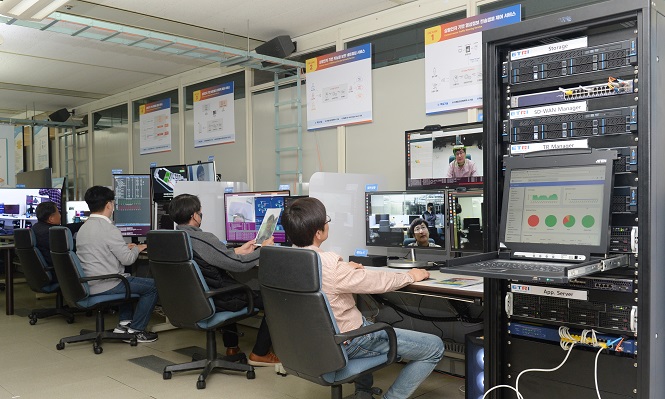 DAEJEON, Nov. 4 (Korea Bizwire) — New technology has been developed in which the artificial intelligence (AI) responsible for monitoring closed-circuit television (CCTV) footage installed in crime-ridden districts can send CCTV footage instantly to the police if it detects dangerous situations.

The Electronics and Telecommunication Research Institute (ETRI) said Wednesday that it had developed core technologies for the AI-based smart edge networking platform.

This network is based on the concept that if the AI designed to keep watching security situations in alleys recognizes emergency situations like robberies, it can send CCTV footage instantly to a cyber police station and the central control center in real time.

Thus far, it has been a cumbersome process that required the AI to send CCTV footage to a central computer system, and users needed to find and download the videos for themselves.

The network relies on technology that recognizes the faces and voices of users to automatically connect the computer they use at a PC bang to a company network.

The implementation of this technology could clear the way for people to work securely anytime and anywhere through connection to private or special networks.