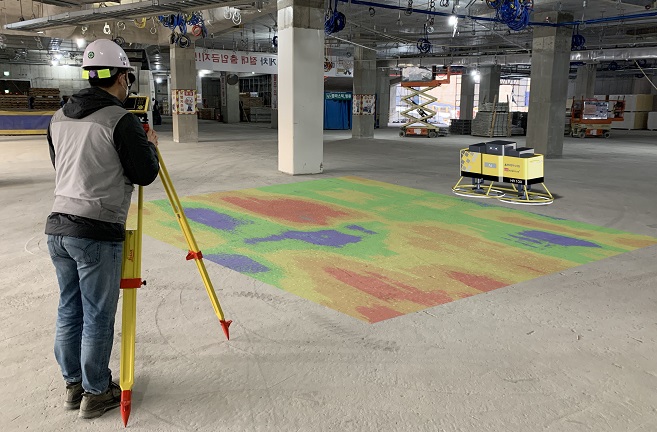 SEOUL, Nov. 12 (Korea Bizwire) — Amid the ever-increasing use of artificial intelligence (AI) robots at construction sites, a new robot that can perform concrete plastering work on its own has been developed.

Hyundai Engineering Co., a plant engineering affiliate of Hyundai Motor Group, announced on Wednesday that it had developed the nation’s first AI plastering robot that can flatten concrete floors by itself, adding that it has applied for related patents.

The AI plastering robot, which was developed in collaboration with Robo Block Systems, is a device that rotates two motors with four micro blades to flatten a floor infilled with concrete.

If the smoothness of the floor does not meet the standard level, related information is transmitted to the AI robot that can automatically perform concrete plastering work without the need for an operator’s intervention.

The company said that since the AI plastering robot completes the plastering work quickly by accurately identifying the areas that require flattening, it could contribute to greatly improving construction quality and productivity, as well as reducing construction costs and speeding up the construction process.