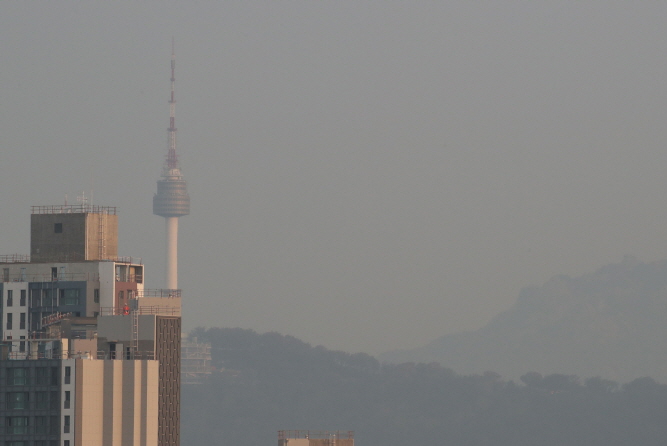 The risk of death from ischemic heart disease and cerebrovascular disease increased significantly depending on ultrafine dust levels.(Yonhap)

SEOUL, Nov. 21 (Korea Bizwire) — The number of elderly people who die prematurely due to the influence of ultrafine dust, or PM 2.5, is expected to surge in the coming years.

According to a policy report released Wednesday by the Seoul Institute, the number of people aged 65 or older who die early due to the adverse health effects of ultrafine dust will reach 2,133 per year in 2030.

According to the study, when the average annual concentration of ultrafine dust increases by 10μg/m3, the risk of elderly people in Seoul dying from environmental diseases increased by 13.9 percent.

In particular, the risk of death among men, those in the lower income brackets and senior citizens increased sharply, the report showed.

When analyzing the results by disease, the risk of death from ischemic heart disease and cerebrovascular disease increased significantly depending on ultrafine dust levels.

“The elderly are relatively vulnerable to environmental pollution, and the rapidly aging population is likely to have a greater negative impact on the health of the elderly,” the report said.