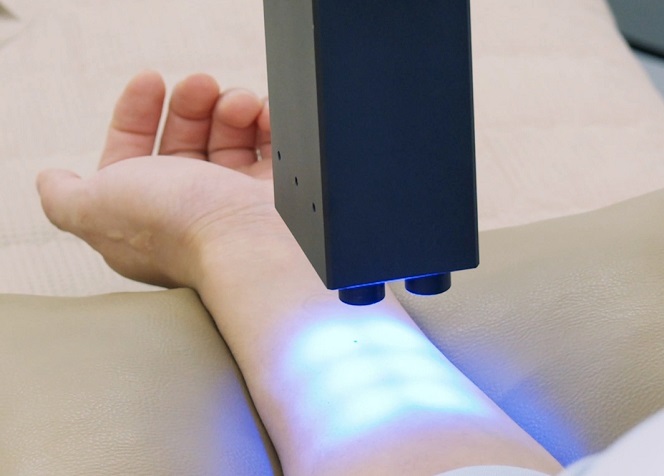 Blue light is a blue-colored light that exists in the wavelength of 380 to 500 nanometer (nm). Blue light is known to have harmful effects on the skin such as pigmentation and reduction in moisture.

The Anti-Pollution Research Center said there has been no clinical research for detailed verification of such harmful effects.

The newly-developed device can identify the blue light wavelength by using artificial light such as smartphones and TVs, as well as fine-tuning the light intensity and duration.

This device enables the clinical evaluation of skin damage that can be caused by blue light in everyday life.

As a result of the study, the Anti-Pollution Research Center noted that it found that blue light with a 465 nm wavelength causes skin pigmentation.