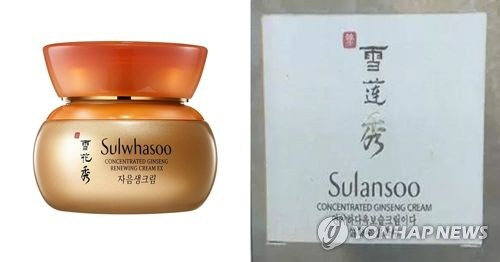 AmorePacific revealed yesterday that it had filed a lawsuit against a Chinese company based in Shanghai, China and won the case at the appellate court recently.

In a ruling by the Shanghai Pudong New Area People’s Court, the verdict recognized that the defendant had infringed upon AmorePacific’s trademark and upheld the sentence handed down by a lower court, ordering the payment of 500,000 yuan in damages (84 million won) in addition to a settlement fee of 47,000 yuan (7.9 million won).

The Chinese company had been producing cosmetic products that featured similar packaging and labelling under the brand “Sulansoo” almost identical to AmorePacific’s “Sulwhasoo.”

The court said that the name of the two brands differed by just one Chinese character and had very similar names in English as well.