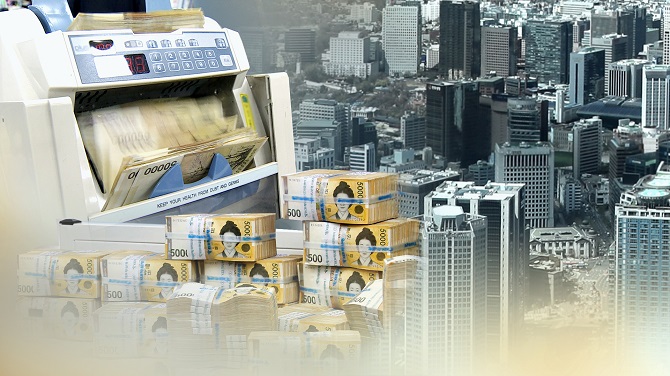 SEOUL, May 31 (Korea Bizwire) — The volume of short-term floating capital in South Korea hit an all-time high of more than 1,100 trillion won (US$888 billion) amid low interest rates and increased uncertainties over the novel coronavirus pandemic, data showed Sunday.

Cash and other forms of short-term capital, including demand deposits and money market funds (MMFs), totaled 1,106.3 trillion won as of end-March, Bank of Korea and the Korea Financial Investment Association data showed.

The amount was the largest since the institutions began to record such statistics.

In particular, the country’s idle capital rose by 47 trillion won in February, its largest ever monthly increase.

Market observers said investors have opted to park their money in short-term investment vehicles due to a lack of attractive financial products as the country’s central bank cut its key rate to a record low in order to boost the economy amid the virus pandemic.

The Bank of Korea slashed the base rate from 1.25 percent to 0.75 percent in March. On Thursday, it further trimmed the key rate by a quarter percentage point to a record low of 0.50 percent.

Experts said the country’s floating money is likely to flow into the stock market with the benchmark Korea Composite Stock Price Index (KOSPI) recently recovering the psychologically significant 2,000-point mark after a market clash caused by the pandemic.

“It is likely that short-term floating capital will move to other asset markets as the interest rate falls,” Hwang Se-woon, a senior researcher at the Korea Capital Market Institute, said.

“Since the regulation on the local property market is expected to be reinforced, it is likely that the idle money will flow into the stock market.”

The country’s investor deposits at securities firms have been on a steady increase this year.

The amount of retail investors’ deposits that can be used to buy stocks came to 44.5 trillion won as of Friday, up 63.1 percent from 27.3 trillion won in December.

“The South Korean stock market has been experiencing an inflow of funds,” Hwang said. “This is partly because investors went for bargain hunting for quite a while, but it is also due to an influx of stray liquidity.