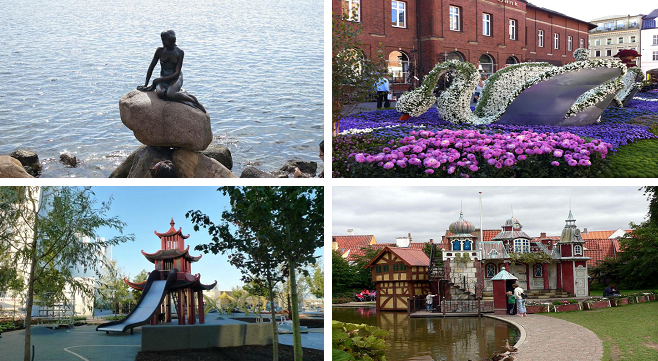 SEOUL, Aug. 13 (Korea Bizwire) — Hans Christian Andersen, the 19th century Danish author best remembered for his fairy tales from “The Little Mermaid” to “The Ugly Duckling,” “The Emperor’s New Clothes,” and to “The Snow Queen” that has recently been released as animated film “Frozen,” will come to Seoul in the form of his namesake park.

Park Won-soon, Seoul city mayor, stopped at Odense, the third-largest city in Denmark, on August 11 as the first leg of his European visit and agreed with Odense city mayor Anker Boye to create a park bearing the fairy tale author’s name.

Andersen was born in Odense in which there is a number of villages and museums featuring characters from his stories. Under the terms of the agreement, the Seoul city government will build the fairy tale land in close consultation with Odense city officials for designs of buildings, playground facilities, and characters. In addition, Seoul’s Andersen Park will feature flower festivals, parades and many other programs that can be enjoyed in Odense.

Before signing the agreement, Mr. Park paid visits to the Andersen Museum in downtown Odense where he listened to the behind-the-scenes stories of Andersen’s fairy tales told by the museum’s director Torben G. Jeppesen. He then visited the Funen Village, the make-believe place featuring Andersen’s characters.

The Seoul city government will establish the children’s park in a location within the city with easy access from all directions, such as Seoul Forest, Seoul Grand Park, Children’s Grand Park, or Yoido Park.

3 thoughts on ““Andersen Fairy Tale Park” to Open in Seoul”