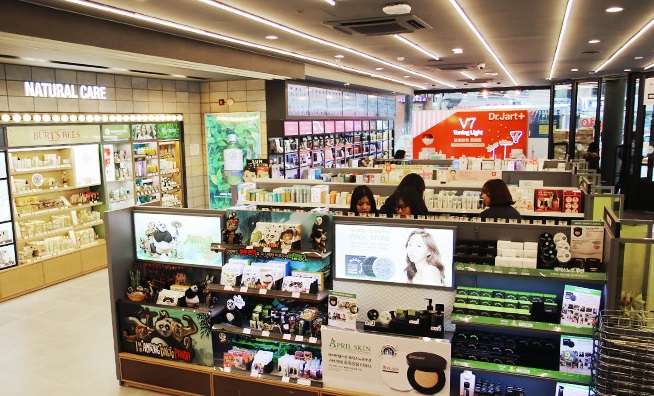 Olive Young, a leading H&B store chain, said it has not been selling DHC products at its online store since Monday morning.

As DHC’s subsidiary, “DHC Television,” was found to have aired YouTube content with hateful comments on South Korea, the move is attributed to worsening public sentiment, including a boycott among Korean consumers.

“Because of realistic problems such as contract relations with partners, we are first giving guidelines such as changing the location of displays in the store and temporarily suspending sales at online malls and reviewing various measures,” an official at Olive Young said.

Lalavla, the No. 2 industry player operated by GS Retail Co., has also decided to stop selling some 20 DHC products at online malls and 150 offline stores stopped orders from the same day.

The location of the remaining stock will be relocated to a less visible location.

LOHB’s, run by retail giant Lotte Group, also suspended sales of DHC products at its online mall from the same day. It also decided to stop the DHC product lineup at some 130 offline stores nationwide.

Since entering South Korea in 2002, DHC has gained popularity with cleansing oils and other products, and has entered local H&B stores and online malls.

However, DHC was embroiled in controversy after its remark saying ‘South Korea is a hot-tempered country, and the boycott will not last long’, and used the word ‘Joseonjing’, a disparaging expression for Korean people, saying that South Koreans were not able to text Chinese characters.