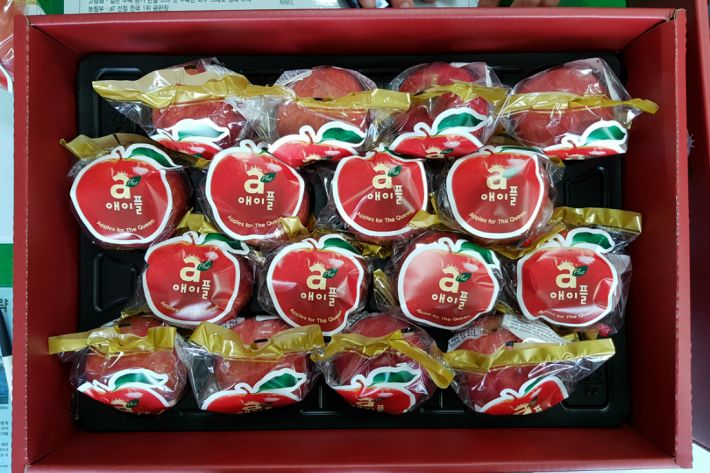 Officials from the ANACF will visit Buckingham Palace on Thursday at the invitation of the British royal family to taste and promote the “A-pple” to the royal family and government officials.

The ANACF developed the apple brand “A-pple,” which took the motif of queen’s crown, after Queen Elizabeth II visited the agricultural market in 1999.

It has since achieved 140 billion won (US$118.6 million) in accumulated sales so far, and also topped the evaluation of the nation’s wholesale market in 2017.

The ANACF held an event to display the “A-pple” at Queen Elizabeth’s birthday party at the British Embassy in Seoul on May 30.

British Ambassador to South Korea Simon Smith reportedly expressed thanks for the “A-pple”, which was created as a Queen’s apple.

“With this event, we will grow and develop “A-pple” as a global cooperative brand such as Del Monte and Sunkist,” said Kwon Soon-hyeop, head of the ANACF.