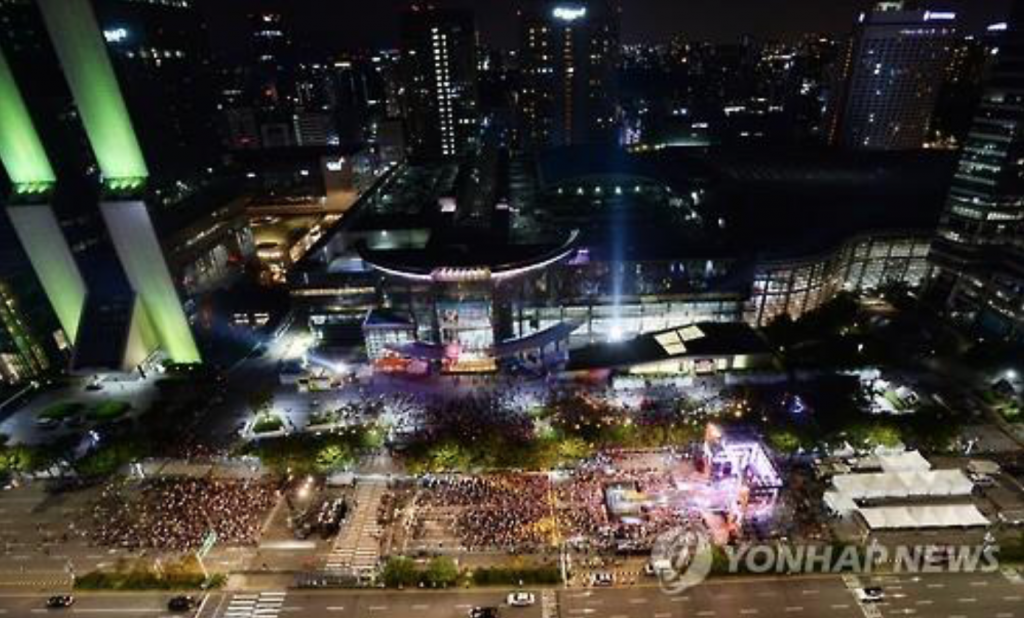 A K-pop concert on Yeongdong Daero in southern Seoul on May 8, 2016. (image: Yonhap)

SEJONG, Aug. 31 (Korea Bizwire) – The opening ceremony of South Korea’s biggest shopping festival, “Korea Sale Festa,” will be held in Seoul next month, along with various concerts and exhibitions to draw more visitors and shoppers from overseas, the trade ministry said Wednesday.

The event will take place on Yeongdong Daero (Boulevard) in southern Seoul from Sept. 30 to Oct. 3 to mark the kickoff of the nationwide festival that runs through Oct. 31, according to the Ministry of Trade, Industry and Energy.

K-Pop stars like 2PM, SHINee and Sistar will open the festival, which will be broadcast live by the Korea Broadcasting System.

The detailed list of performers and timetable will be unveiled on the official website in mid-September, added the ministry.

The Korea Sale Festa has been arranged by the government in order to fuel domestic consumption and draw more foreign shoppers. Local manufacturers and retailers in fields like home appliances, cosmetics, clothing and food will join the shopping sections to provide bargain deals.

This year’s festival was rebranded from last year’s “Korea Black Friday,” which played a big role in boosting domestic demand and propping up Asia’s fourth-largest economy.