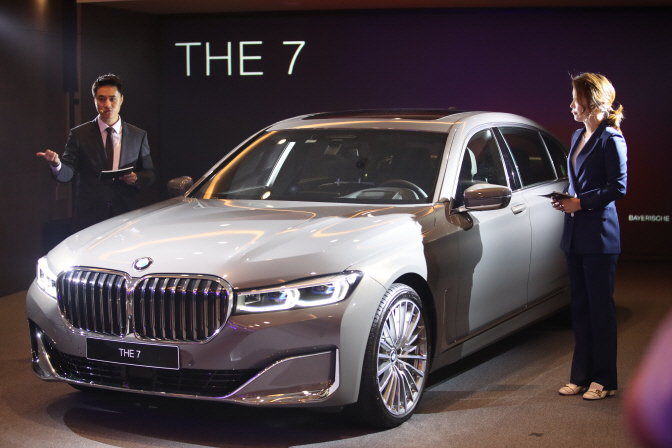 The upgraded flagship 7 Series, a full-size luxury sedan produced by the German automaker BMW, during a publicity event in Seoul on June 26, 2019. (Yonhap)

SEOUL, Oct. 9 (Korea Bizwire) — This summer, Jeong Hong-woo, a 33-year-old architect, opted for a Mercedes-Benz sedan as his first car, an unexpected choice for him as he had long considered the brand as suited to successful middle-aged men.

“Many of my colleagues and friends have chosen foreign brands recently, and I came to be interested in them,” he said.

“This is a bit expensive, but I wanted something special, and it really is worth the money. It gives me extra satisfaction.”

Jeong added he can afford it as he has no plan to get married within the next few years and buying a house is not his priority.

He was able to secure a down payment “easily,” as he was forced to cancel a planned trip to Europe this year due to the new coronavirus.

Over the past several years, the total number of vehicles, both domestic and foreign brands, purchased by customers in their 20 and 30s has been on a constant decrease.

But the proportion of foreign cars among them has risen from 27.2 percent in 2016 to 28.5 percent in 2017 and further to 31 percent in 2018, according to the data by KAIDA and the Korea Automobile Manufacturers Association (KAMA). 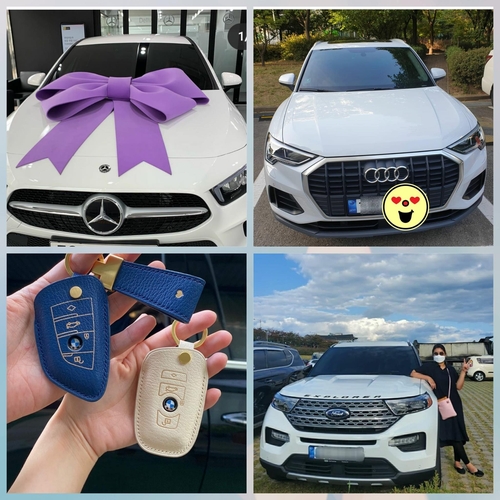 Some regard the young generation’s preference for foreign brands as an act of “flexing,” or ostentatiously displaying luxury items on social media or YouTube.

Stories of the “car poor” have often made headlines, referring to those who own an expensive car while struggling to make a living.

Critics argue that showing off symbols of wealth is a way to hide their insecurities.

But young customers say it is a matter of personal choice at a time when a wider range of options is available.

“I don’t think my choice is meant to overshadow other people, though attention from others is not bad,” Park Yoon-soo, 35, said. He bought an Audi sedan in June to replace an old car of a local brand that his father gave him years ago.

“Now I feel like I am a grown-up. I just want to enjoy my single life to the fullest extent, and this car is the maximum happiness I now can achieve within my capacity. You know, this is not a super expensive sports car,” the office worker said.

Of the total imported vehicles sold over the past five years, the proportion of those with an engine capacity of 2,000 cc or under rose by more than 13 percent to 66.8 percent last year, according to KAMA.

Others offer a more pessimistic take, saying that the younger generation’s preference for foreign vehicles is, at least in part, a way of expressing frustration with harsh reality.

“Amid a prolonged economic slowdown, young people have faced a tougher job market. In addition, housing prices have surged in recent years, making it more difficult for them to buy their own house,” Kwak Keum-joo, a professor of psychology at Seoul National University, said.

“Under the circumstances, more tend to focus on the ‘here and now’ rather than the uncertain future, and cars have become something like a must-have item for young people,” the professor said, adding that a competitive spirit or mob mentality appears to maintain the popularity of foreign brand cars among them.

Housing prices in South Korea, particularly in Seoul and some metropolitan cities, have risen rapidly over the past couple of years.

Data by KB Kookmin Bank shows that the average price of an apartment in Seoul surpassed 1 billion won (US$863,558) in September this year for the first time ever, a marked jump from 600 million won in March 2017. 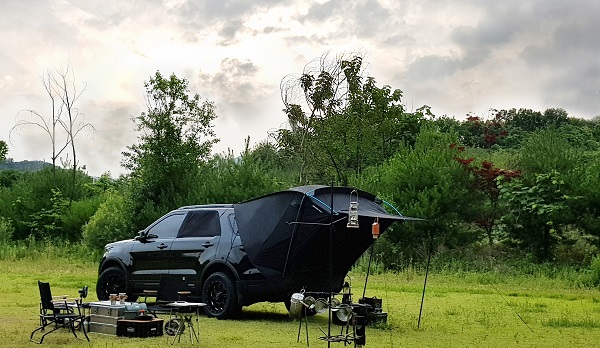 The number of South Koreans getting married sank to an all-time low last year, and the average age of men and women getting married reached a record high of 33.4 and 30.6, respectively, up nearly two years in a decade, according to the data from Statistics Korea.

“I don’t think buying a cheaper car will help me purchase a house more easily. We got married last year and have lived on a jeonse contract, but we are not in a rush for a house of our own. It is more like an elusive dream,” Lee Hye-jin, a 39-year-old instructor at a local cram school, said.

But the couple was quick to get a new car, as they have become interested in camping recently. Though they do not have children, their choice was a seven seater Peugeot SUV.

Sales of imported vehicles among young customers in South Korea have not been affected by COVID-19 this year, and the pandemic instead appears to have whetted their appetites.

The number of car buyers in their 20s and 30s marked an upturn for the first time in four years in the first half of this year.

Of 80,195 individuals who bought imported cars during the January-June period, more than 35 percent were in this age group, according to the KAIDA and KAMA data.

“It is partly thanks to the government’s tax incentives. Given that the millennial generation tends to be more familiar with sharing a car compared to other age groups, however, COVID-19 is responsible for their growing pursuit of their own safe space,” said professor Kim Pil-soo of Daelim University College.

“Domestic travel in place of going abroad amid the coronavirus also seems to have boosted their demand,” he said.

With a goal to better cater to young customers, foreign carmakers have launched aggressive marketing efforts and released new lineups.

“Competition is quite fierce particularly in the ‘entry market’ where drivers buy vehicles for the first time, as their first choice is believed to highly affect their brand loyalty,” an employee at a BMW dealership in Seoul said.