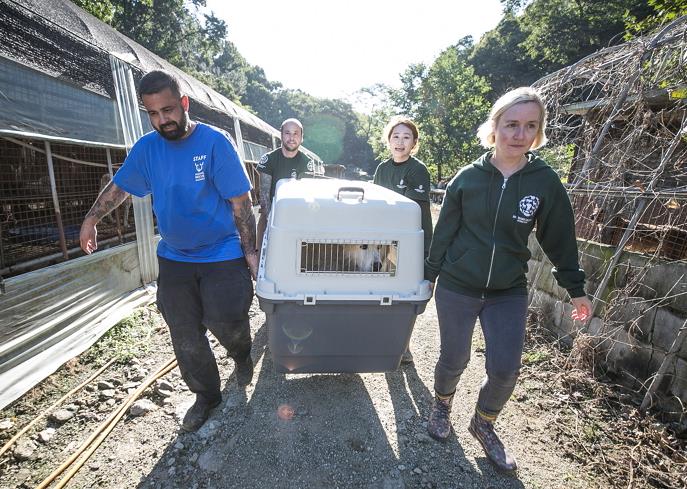 The rescued dogs will be sent to Canada, the United States, the U.K., and the Netherlands for adoption. (image: Humane Society International)

Humane Society International (HSI), an international animal protection agency, said on Thursday that a dog farm owner in Gyeonggi Province made a request to have his dogs rescued and receive assistance to work in a different industry.

The rescued dogs will be sent to Canada, the United States, the U.K., and the Netherlands for adoption.

The former dog farm owner will open a medicinal herb farm with assistance from HSI, becoming the 13th person to leave the dog meat business with the help of the advocacy group.

He thanked HSI for “rescuing the dogs and allowing me to leave this business.”

Kitty Block, acting president of HSI, expressed hope that “South Korea and other Asian countries will legally ban the dog meat trade, like how the United States recently passed a bill prohibiting such practices.”