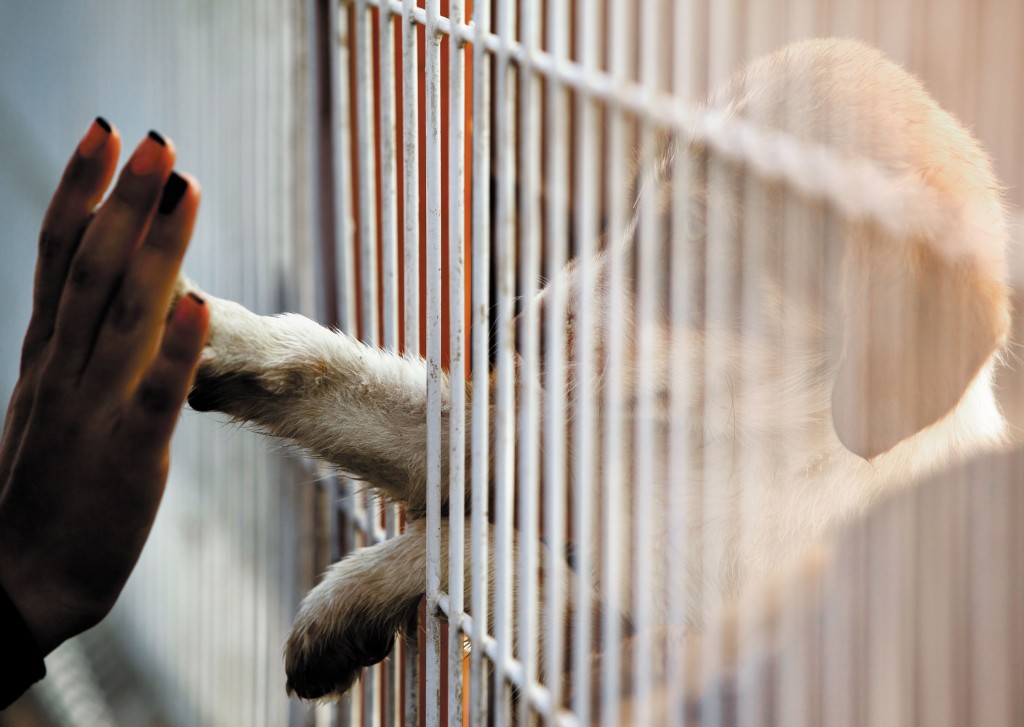 The KSAF speculated that these suppliers were not breeding the dogs themselves, but were instead obtaining them from auction houses or puppy mills, and delivering them to E-Mart shops. (image: KobizMedia/ Korea Bizwire)

They also demanded transparency over how the shops are supplied with animals, raising questions over a potential association with puppy mills.

E-Mart is among Korea’s largest retailers. It launched the Molly’s Pet Shop franchise in 2010, selling domestic animals and pet supplies.

“Although Molly’s Pet Shop said it is provided with puppies from two professional suppliers, one of them was operating in a facility made of shipping containers, and another was an animal hospital in a remote location,” said a KSAF representative.

The KSAF speculated that these suppliers were not breeding the dogs themselves, but were instead obtaining them from auction houses or puppy mills, and delivering them to E-Mart shops.

It further expressed doubts over the franchise’s supply chain, noting that two suppliers do not have the capacity to meet the demand of 29 Molly’s Pet Shops, which sell an average of 10 puppies each per month.

“We’ve seen several puppies at a few Molly’s Pet Shop outlets with no marks of their breeding origin, and we even received a report that they were irresponsibly disposing of animals left unsold for reasons like disease,” KSAF added, demanding that E-Mart explain its actions.

In response to the KSAF allegations, E-Mart asserted that its two suppliers are legal businesses, and offer some of the best breeding environments for dogs in Korea.

“Molly’s Pet Shop is doing its best to promote animal welfare,” E-Mart said. “We don’t sell puppies to anyone that just pays money; we do so after careful counselling to prevent our puppies from being abandoned in the future.”

The operation of puppy mills has been among the most heated issues regarding animal rights, receiving widespread criticism following several television documentaries highlighting unethical practices that included forced pregnancy and unlicensed medical procedures in unsanitary environments.