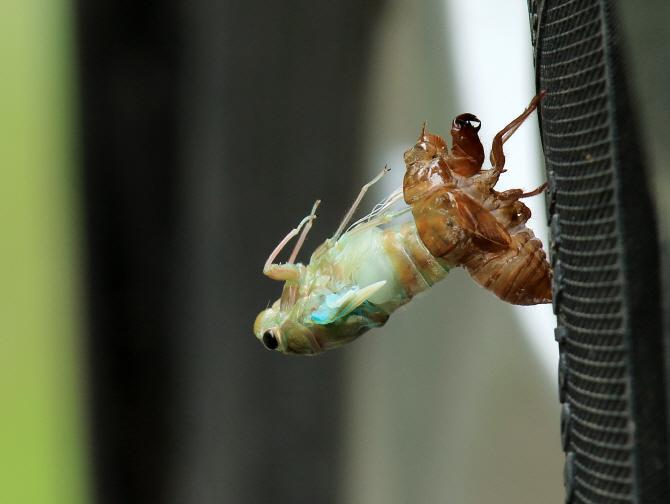 The researchers explained that the cicada skin extracts can confirm the mechanism of improving Parkinson’s disease by activating Nurr1. (Yonhap)

DAEJEON, Nov. 22 (Korea Bizwire) — It turns out cicada skin could improve the motor skills of patients suffering from Parkinson’s Disease, a remedy also found in Donguibogam, the Principles and Practice of Eastern Medicine.

A team of researchers from the Korea Institute of Oriental Medicine recently announced the results of a study that demonstrated the inhibitory effect of Parkinson’s disease in the stripe extract of cicada skin through animal testing.

Parkinson’s disease, a neurodegenerative disorder, occurs when the dopamine-secreting nerve cells distributed in the mesenteric melanoma die out.

Previous research has shown that neurons are killed when one of the gene-activated proteins, Nurr1, is deficient. The research team conducted an experiment to prove the Nurr1 efficacy of the cicada skin extract.

After five days in which cicada skin extract was administered to mice that had Parkinson’s disease, the results of measuring the effects of improved motion showed that the motor function was two to four times better than that of the control group.

The results were better than those of mice who were given Ropinirole, which is part of the typical Parkinson’s disease treatment program.

In particular, the dopamine level tripled due to the cicada skin extract, and the amount of Nurr1 more than doubled compared to the control group.

On the other hand, cicada skin extracts were administered to cells that removed the gene activation function of the Nurr1 and showed no therapeutic efficacy.

The researchers explained that the cicada skin extracts can confirm the mechanism of improving Parkinson’s disease by activating Nurr1.

“We plan to use insect resources to conduct follow-up research on degenerative diseases in the brain’s nervous system,” said Dr. Park Gun-hyuk, who led the research team.