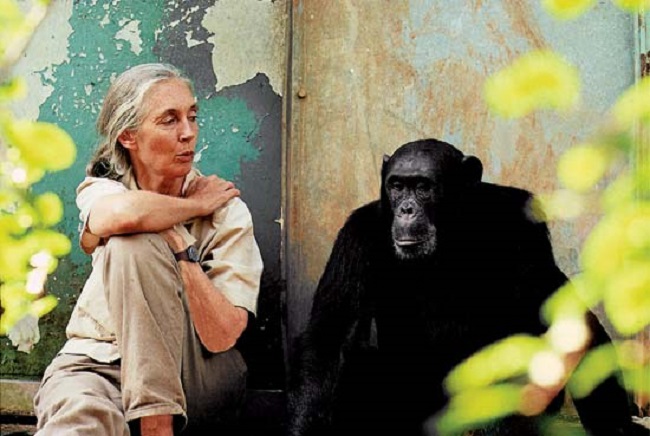 SEOUL, Aug. 11 (Korea Bizwire) — The woman considered the world’s foremost expert on chimpanzees was in the National Assembly Meeting Hall Buildingyesterday to share her wide-ranging views on politics, global warming and pollution.1

At an event titled “Eco Talks”, Goodall sat down for a Q&A session with Ewha Women’s University professor Choi Jae Cheon before a packed audience.

The British anthropologist, perhaps drawing inspiration from being inside a parliamentary building, unleashed a stream of invective targeting politicians and the general field of politics and its harmful practices.

Statements like “Corrupt political practices cause damage to the environment and increase levels of poverty” and “[I] resolved to myself that I would not idly stand by while politicians destroyed the world” left those in attendance with no doubt as to how Goodall felt about elected officials.

In response to a remark by Choi on the prevalence of politics in her answers, Goodall replied the reason was because “it is not possible to not talk about politicians”.

Goodall alternated between excoriating politicians and passionately urging the audience to take action.

“Humanity has polluted Mother Nature most egregiously. However, we can make positive changes by, for example, becoming more conscientious of the things we buy and the things we wear. If millions of people across the world decide to change, the world will become better.”

As an explicit example of how to begin, Goodall picked up a plastic water bottle and pointed towards it. “Plastic already kills too many animals. We can begin changes with plastic,” she said.

While pressing for change, Goodall again cast a verbal side-eye towards politicians. “If we take action, we can slow climate change. Only if politicians stop denying the truth that climate change is happening, that is.”

She urged the room to “take responsibility for the politicians we vote for”.

She urged the room to “take responsibility for the politicians we vote for”. (Image: the Jane Goodall Institute)

Jane Goodall has been an active UN Messenger of Peace since being bestowed the honor in 1997 by former UN Secretary-General Kofi Annan. 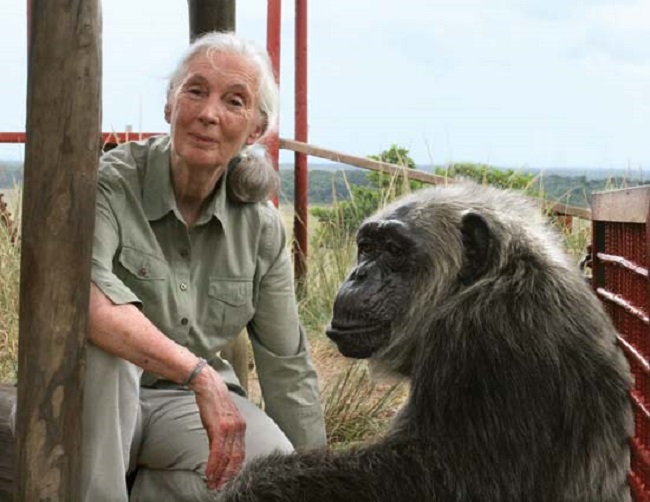 Jane Goodall has been an active UN Messenger of Peace since being bestowed the honor in 1997 by former UN Secretary-General Kofi Annan. (Image: the Jane Goodall Institute)