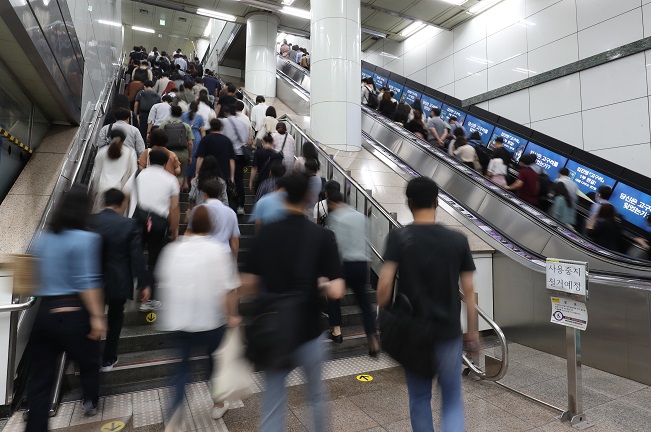 SEOUL, Sept. 30 (Korea Bizwire) — A survey showed that South Korea’s MZ generation workers, those in the their 20s and 30s, are putting more emphasis on annual salary rather than corporate value or job security when choosing a job.

Recruiting platform Saramin conducted a survey of 1,865 workers in their 20s and 30s on job selection criteria and the largest share of the respondents, 33.8 percent of the total, picked ‘annual salary’ as the most important factor in selecting a job.

In response to a question asking if they wanted to work until retirement age at the job they selected, more than half of the respondents, or 54.7 percent of the total, said no.

The primary reason behind such a response was that there were few companies where workers could continue working until retirement age (46.5 percent, multiple answers possible).

“When the MZ generation grew up, they saw their parents’ generation retire without reaching the retirement age during difficult times like the financial crisis,” Saramin said.

In the meantime, the largest share of the respondents, 37.4 percent of the total, also selected ‘annual salary’ as the biggest factor that makes them consider changing jobs.