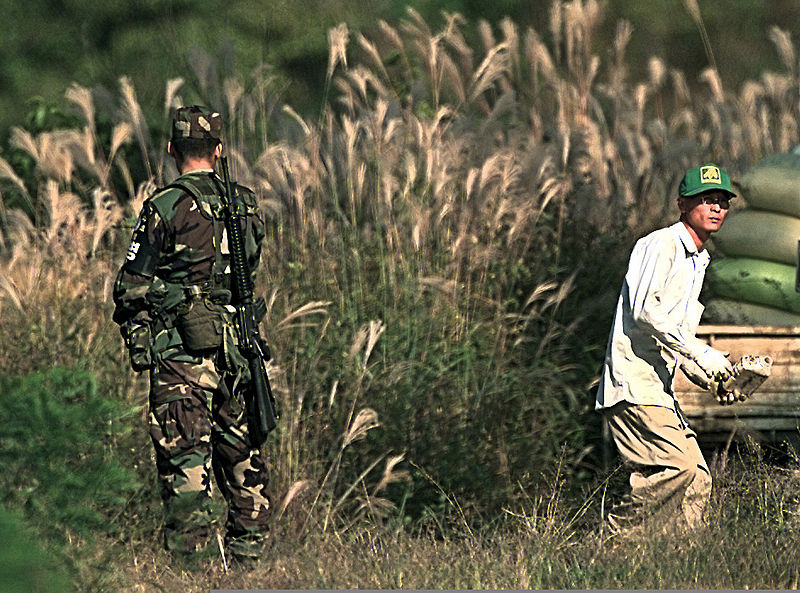 A member of the ROK (Republic of Korea) Army protects the villagers. (image: Wikimedia Commons)

According to a military officer at the unit said, “Before Private Song hanged himself, he reported to an officer of the watch he would go around to see whether the warehouse doors are fastened. The reporting time was around 8:50 p.m. and the officer discovered Private Song who already died at around 10:30 p.m.”

Private Song was on the military’s list of soldiers “requiring extra care” and Private Yoon who was beaten to death in inhumane bullying by his senior officers was, also on the same list.

According to South Korea’s Defense Ministry, there are around 95,000 soldiers who are designated as “Gwanshim Byungsa,” or solders requiring special care at the military camps. The number accounts for one out of five in the total military forces.