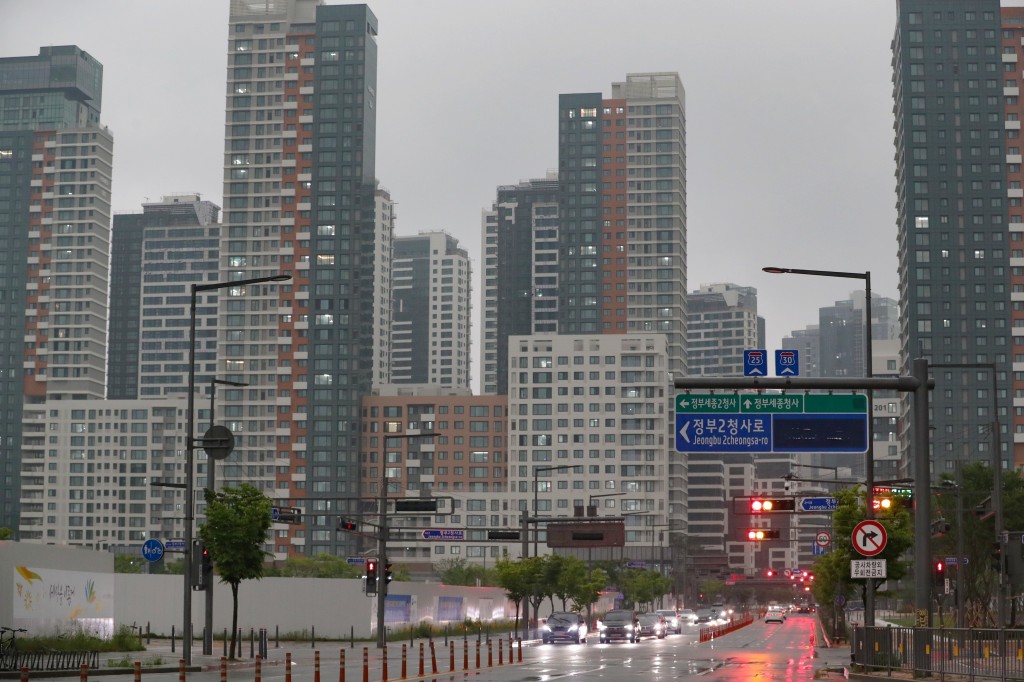 This file photo taken on May 28, 2021, shows apartment complexes in the administrative capital of Sejong. (Yonhap)

SEOUL, July 5 (Korea Bizwire) — Prices of apartments set aside for public servants in the administrative capital of Sejong rose fivefold in the past four years, a civic group said Monday.

The Citizens’ Coalition for Economic Justice announced the results of its study that has tracked the prices of apartment units owned by 25,852 public servants in 127 complexes in the city, around 160 kilometers south of Seoul, since President Moon Jae-in took office in May 2017 until May this year.

The government has introduced the special housing supply program to offer government workers incentives to relocate to the city, which officially embarked as a self-governing city in 2012.

The city’s apartment prices under the special housing program went up the most during the Moon Jae-in presidency, at 132 percent.

The civic group blamed the ruling Democratic Party’s renewed push last July to move the National Assembly and Cheong Wae Dae to the city for the dramatic hike. 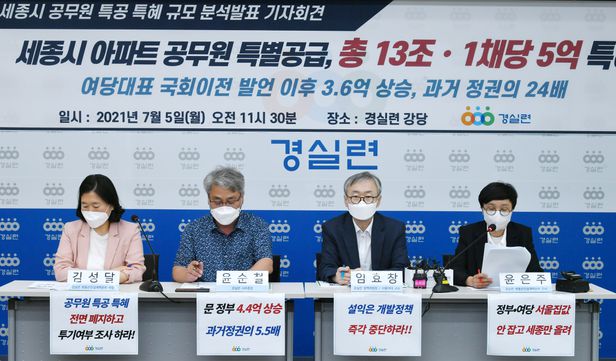 The Citizens’ Coalition for Economic Justice holds a press conference in Seoul to announce soaring apartment prices owned by public servants in the administrative capital of Sejong on July 5, 2021. (Yonhap)

At that time, Kim Tae-nyeon, then DP floor leader, expressed his determination to “follow through” with the capital relocation vision, proposed under the liberal administration of late former President Roh Moo-hyun, to help tackle overpopulation in Seoul and nearby cities.

The prices went up even higher since Kim made those comments, the group said, adding that “Sejong city is not a symbol of balanced regional development. The government’s half-baked policy only resulted in soaring housing prices in the city, which recorded the biggest growth rate in apartment prices (in the country).”

“The program has practically become a tool to give government workers preferential treatment and give them unearned income,” it said.

It pointed out that the government only patched up the problem even though an investigation by the prosecution revealed illegal practices involving the program among some government workers in 2016.

“The government should abolish the program not only in Sejong but the rest of the country,” it said, calling for stern punishment for those who profit from speculative property transactions.