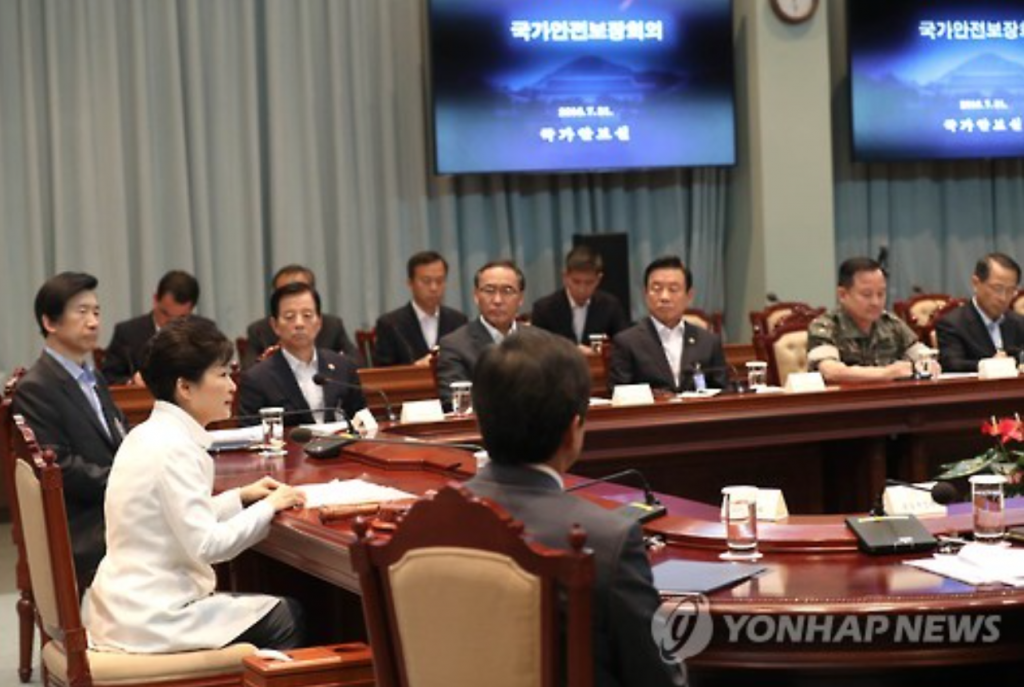 Presiding over a session of the National Security Council, Park vowed to devise “all necessary measures” to protect the nation from North Korea’s persistent military threats, ordering her government to be fully ready to “strongly retaliate” if provoked.

“The government has made the decision to deploy THAAD as it judged that the deployment was the best way to protect the nation and the people from North Korea’s threats,” Park said, pointing out that there are continuing calls from some politicians and citizens to scrap the plan.

“If there is any other way — other than the deployment of THAAD — to protect our people from North Korea’s possible missile attacks, (those against THAAD should) make a proposal,” the commander-in-chief added.

Since Seoul and Washington announced the plan earlier this month, there has been considerable debate between proponents and opponents on the issue.

Seongju residents, in particular, oppose the decision, berating the government for making the deployment decision without going through a fair and transparent process of soliciting their views. Many are concerned over rumors that the THAAD radar system could cause cancer and infertility, and hurt their agricultural crops.

“As the commander-in-chief, I will play my role to the fullest for the nation, and do my utmost to safeguard our citizens,” she said.

Defending the deployment decision as a self-defense measure, Park also criticized Pyongyang for seeking to sow discord in South Korea by “distorting and denouncing the decision and inciting anti-government rallies” here.

She also warned against “politicking” over the THAAD issue.

“If we become divided over the inevitable choice to protect the nation and people’s lives, and there is further confusion, we could wind up going in the direction that North Korea may want,” she said.