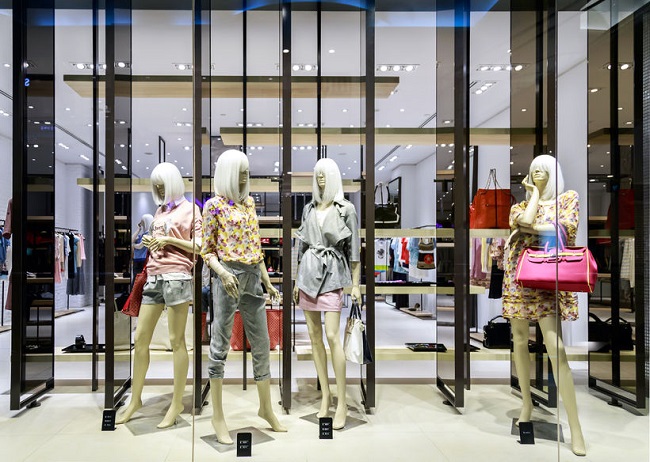 In the online shopping domain, the ecofeminist group found short-sleeved shirts, blouses and miniskirts in sizes either smaller than extra small or larger than extra large were rare. (Image:Kobiz Media)

Conducted this month, the list of companies included in the study are popular brands such as Forever 21, Giordano and Uniqlo. The analysis of clothing sizes was restricted to five categories: blouses, jeans, miniskirts, dresses and short-sleeved shirts.

At the brick and mortar stores of 12 major apparel brands in the Myeongdong and Hongdae areas, only four were found to be offering sizes in XL.

During the press conference, the ecofeminist group stressed the need for action to correct societal attitudes towards women’s bodies. “Through this field study we were able to confirm that societal pressure and double standards for women’s physical appearance are serious issues,” the group argued.

“Measures must be taken to ensure that a minimum number of clothing brands offer a greater selection of clothing sizes.”

The group further emphasized the need for “realistic” mannequins that are more representative of Korean women’s bodies, as well as greater diversity in shapes and sizes.

“In 2015, the Korean Agency for Technology and Standards’ analysis of the population’s body measurements revealed that the average height of women from ages 20 to 24 was 160.9 centimeters.

In contrast, mannequins are typically from 175 to 180 centimeters tall. Furthermore, while the average woman’s waist is 70.9 centimeters in circumference, the typical mannequin’s waist measurement is 62.5 centimeters,” the group added.

The group criticized the unrealistic mannequin-esque ideal of beauty that is upheld in society and the clothing industry. The persistence of such attitudes would lead to “dissatisfaction with one’s own body and self-hatred” and that “pressures relating to body image would undoubtedly cause disruptions in women’s rights to health and work”, according to the group.

Apparel brands are part of the problem, the group said, as “the range of possible options for consumers has shrunk because apparel companies are arbitrarily setting clothing size standards.”