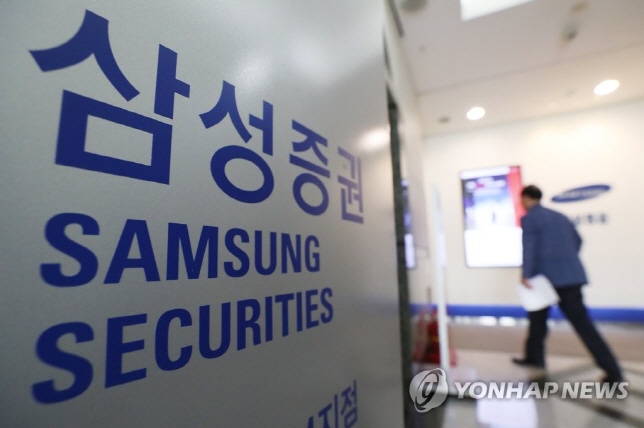 The Seoul Southern District Court’s appellate division affirmed suspended prison sentences ranging from one to 1 1/2 years for four of the eight defendants and fines of between 10 million won (US$8,442) and 20 million won for the four others.

In case of the four sentenced to suspended prison terms, the court also fined them 10 million to 20 million won, saying their monetary penalties were missing from the lower court’s ruling.

The so-called ghost stock trading scandal occurred in April 2018, when an employee of Samsung Securities mistakenly typed in 1,000 shares instead of 1,000 won per share for the payment of dividends to over 2,000 company employees under a company compensation plan.

As a result, the company issued some 2.8 billion ghost shares, causing its stock value to plunge by 11.7 percent from the previous day.

The eight employees, who were fired by the company before being indicted, were accused of causing huge damage to company and its investors by unlawfully unloading the erroneously issued stocks.

The lower court said the accused, as financial workers responsible for managing assets of others, betrayed professional ethics and morality by committing naked short selling.

The eight claimed they didn’t violate any laws in the trade of the wrongly paid stocks but the appellate court said their behavior is illicit from the common sense perspective.

The court pointed out that the defendants were also blamed for causing a steep fall in Samsung Securities stock price and a loss of 9.5 billion won to the company in compensation to its investors.