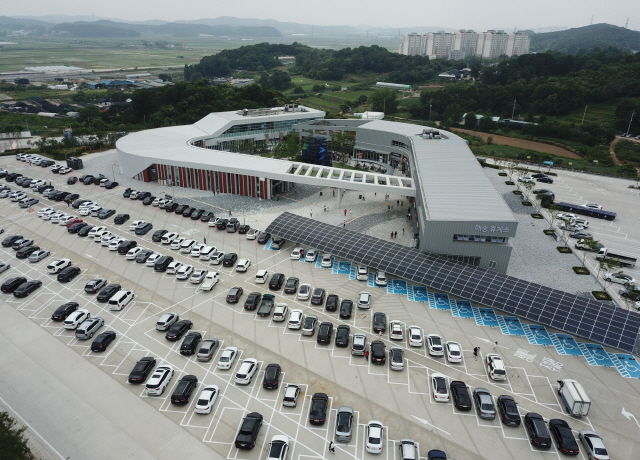 Under the terms of the agreement, the three parties will cooperate to promote the separate disposal and recycling of plastic garbage generated at expressway rest areas.

On a trial basis, a new venture that will systematically manage the collection of waste plastics at 18 expressway rest areas will be launched at the end of this month.

Unmanned collectors that enable the separation and sorting of waste PET bottles depending on the quality of recycling will be installed. Recyclable bottles will be separated and then reused as a renewable raw material.

Citizens who participate in plastic recycling will have the opportunity to win draws for various products made of recycled waste plastics.