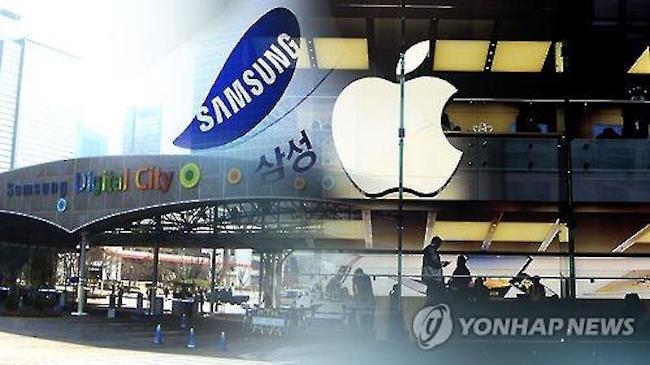 According to the data compiled by industry tracker TrendForce, Apple is expected to take up 19.1 percent of the market in the October-December period, higher than Samsung’s expected 18.2 percent.

The South Korean tech giant had retained its top spot by posting 21.1 percent in the previous quarter, followed by Apple with 11.5 percent.

“In the third quarter, Samsung’s smartphone production rose on the back of the release of the Galaxy Note 8 series and the continuing strong sales of the Galaxy J series in the mid-range and low-end markets,” TrendForce said.

“Samsung is expected to slightly scale back the production of its high-end models in the fourth quarter, as the brand is seeing the sales of its smartphones being squeezed by the strong demand for Apple’s latest iPhone devices,” the industry tracker added.

TrendForce said that while Samsung’s fourth-quarter shipment will fall 5 percent on-quarter to reach 77 million units in the fourth quarter, that of Apple will reach 81 million units, with the iPhone X taking up a third of sales.

“Looking ahead to 2018, the global smartphone market will stay on a path to gradual saturation,” it added. “TrendForce believes that the ability to control rising component costs and expand overseas channels will be key factors affecting the performances of respective brands.”