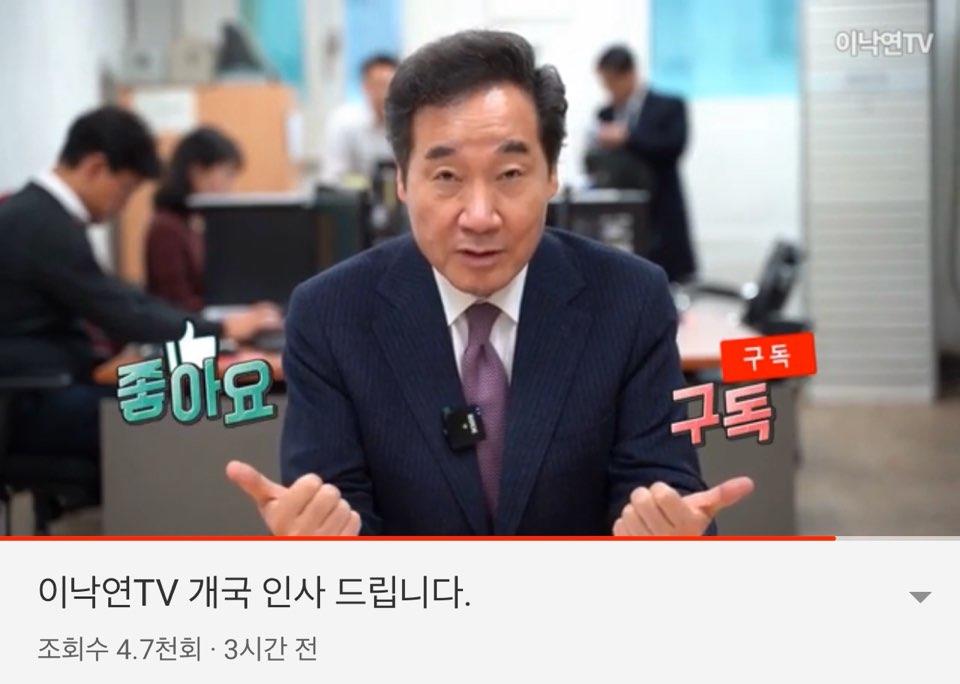 Lee Nak-yon, co-head of the ruling Democratic Party’s preparatory committee for the April elections, speaks to voters via his new YouTube channel on Feb. 23, 2020, in this image captured from YouTube. (PHOTO NOT FOR SALE) (Yonhap)

SEOUL, Feb. 28 (Korea Bizwire) — Candidates for the April elections have stopped conventional campaigning amid the fast spread of the new coronavirus, restricting their campaigns to social media and joining the fight against the virus.

The familiar scenes of election campaigning — meeting voters, shaking hands and public speeches — are no longer being seen in South Korean politics as the number of COVID-19 infections shoots up.

South Korea had confirmed 2,022 cases of the new coronavirus and 13 deaths as of Friday morning, with mass infections reported among church followers in the southeastern city of Daegu and the neighboring region.

To help contain the spread of the virus, preliminary candidates for the April 15 parliamentary polls are conducting online electioneering and doing coronavirus-related volunteer work.

Former Prime Minister Lee Nak-yon, who will run in Jongno in central Seoul as a ruling Democratic Party (DP) candidate, recently opened a YouTube channel for his online campaigning.

Lee plans to upload footage of him explaining his views on various issues and talking about his personal ties to Jongno. His channel has more than 16,000 subscribers.

Former presidential spokesperson Park Soo-hyun, a preliminary DP candidate seeking to run in a district in South Chungcheong Province, has decided to temporarily close down his election office and announced a plan to approach voters via social media and phone calls. 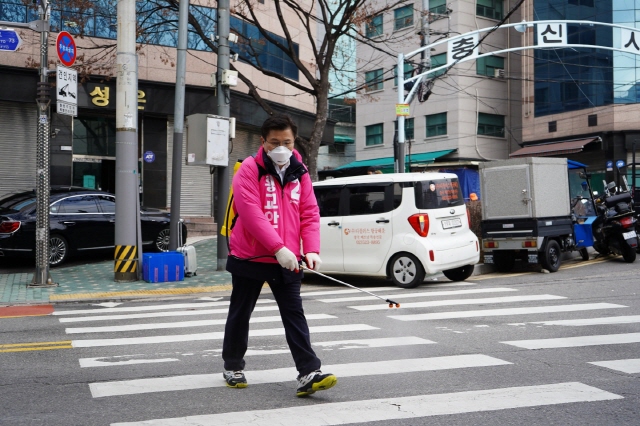 Hwang Kyo-ahn, chief of the main opposition United Future Party, disinfects a street to help contain the new coronavirus in Jongno in central Seoul on Feb. 26, 2020, in this photo provided by his aides. (Yonhap)

Some candidates are undertaking volunteer disinfection work or donating blood to help deal with the rapid spread of the virus.

The move appears to intend to highlight the liberal government’s failure to contain the virus and improve Hwang’s image as a down-to-earth candidate for the district.

The election watchdog said there is no problem with election candidates doing such work.

But quarantine work in stores, houses or animal farms is not permitted as such acts could be seen as making a donation to specific beneficiaries and are banned under election law, it added.

Rep. Yun June-ho of the DP similarly carried out some disinfection work near apartment buildings, a senior citizen center and an outdoor playground in the southeastern port city of Busan.

Yang Hong-gyu, a preliminary UFP candidate looking to run in the central city of Daejeon, staged a campaign to promote blood donations with his supporters.