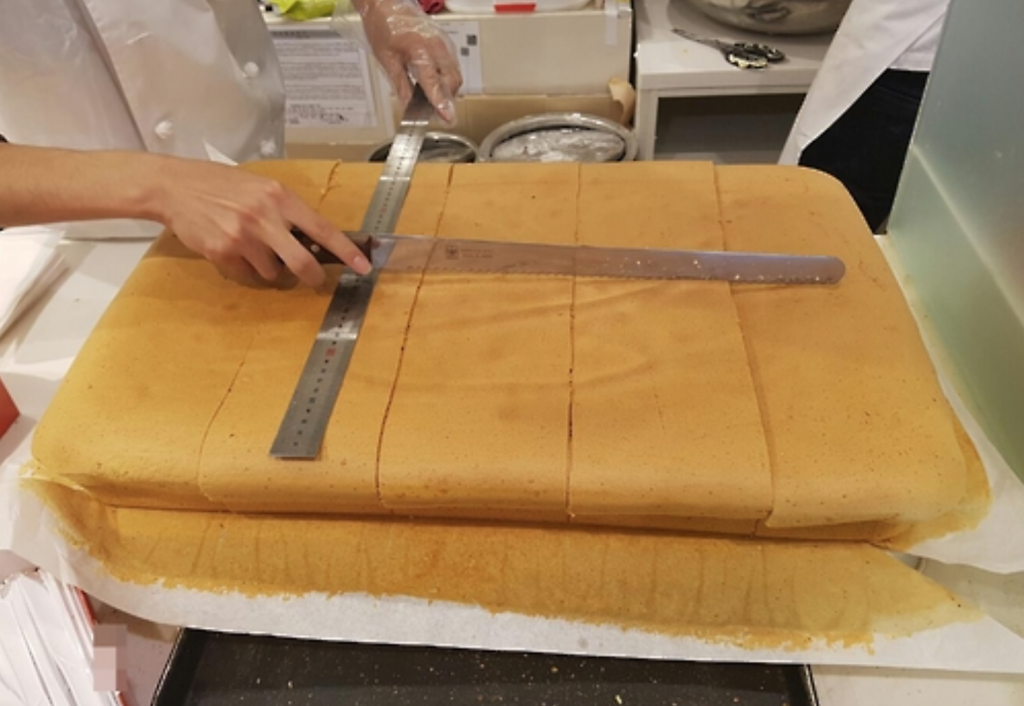 SEOUL, Jan. 13 (Korea Bizwire) – Giant sponge cakes, better known as giant “Castella” in Korea, originated in Tamsui, Taiwan. As the name suggests, they are about twice the size of typical sponge cakes, measuring 10 to 11 centimeters long and 18 centimeters wide.

The cakes first gained widespread recognition in Korea through tvN reality program Grandpas Over Flowers, which aired in 2013. A handful of shops begin popping up in major Korean cities, before rapidly increasing last year.

Most of these giant Castella shops in Korea only offer take-out, and the recipe for the cake itself is not complicated, meaning that it’s relatively easy for would-be entrepreneurs to hop on the bandwagon of the latest confectionary fad.

The cakes are most popular in areas frequented by students and young people, like Gangnam and Hongdae, where eager customers sometimes line up for over 30 minutes to satisfy their palates. Given the boom in business, some stores even enforce a “one cake per customer” policy.

But there is a catch, the cakes don’t come cheap.

According to an official from a company that operates some 40 giant Castella shops here, the cost is “reasonable” considering higher consumer prices in Korea.

“Higher costs for food materials, the equipment, packaging, and the rent are all included,” the official said.

However, the price of eggs, which are the cake’s main ingredient, is higher here by only 27.8 percent, according to Numbeo, a comparison platform for global cost of living, while milk, another key ingredient, is even cheaper in Korea by 20.2 percent.

“The fact that they’re charging double the price in Korea just because the cakes are packed in a fancy box seems unacceptable,” said an official from the local pastry industry. “And raising the prices now, I feel like they’re just trying to up their margins while they’re most popular.”

In response to the criticism, another official from a franchise outlet claimed that the company would lower prices again once the egg crisis subsides, saying that the decision was “inevitable”.