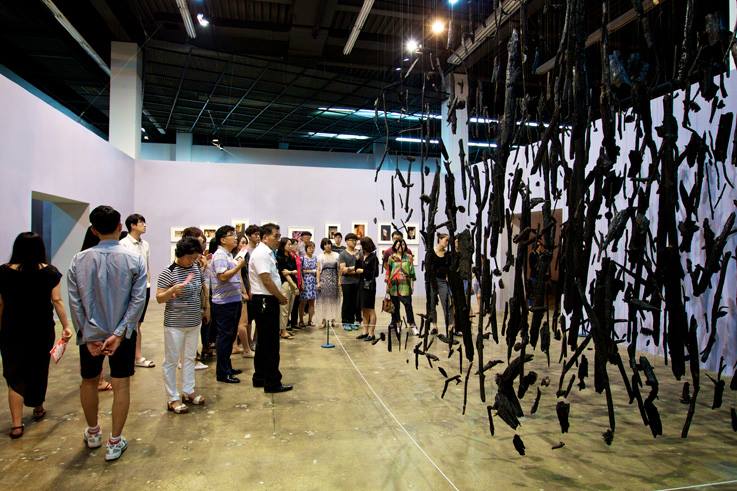 Founded in 1995 in memory of the 1980 pro-democracy uprising in Gwangju, the Gwangju Biennale is considered the largest contemporary art festival in Asia. (image: Gwangju Biennale Foundation)

The Supreme Court has found the Gwangju Biennale Foundation not responsible for damage done to an art piece by Ai Weiwei, a Chinese human rights activist and installation artist, worth 3.5 billion won (US$3 million).

When Ai found a part of his work broken after transportation to the 2011 Gwangju Design Biennale, he lodged a damage suit against the foundation and two other companies in charge of transporting the work from Switzerland to Gwangju, South Jeolla Province.

The highest court acquitted the foundation on June 23, citing lack of proof that the art work was damaged during transport.

In a separate case, the Seoul High Court, on June 30, ordered the foundation to pay 150 million won to the Germany-based Michael Werner Gallery to compensate for James Lee Byars’ work that was partly broken during the packaging process to send it back to the gallery after the 8th Gwangju Biennale in 2010.

The foundation is planning to pay the reparations and claim insurance over it.

“As there are many installation works, we are putting a lot of attention on transportation, but it is also true that some galleries are overreacting to minor accidents,” a foundation official said.

Founded in 1995 in memory of the 1980 pro-democracy uprising in Gwangju, the Gwangju Biennale is considered the largest contemporary art festival in Asia.