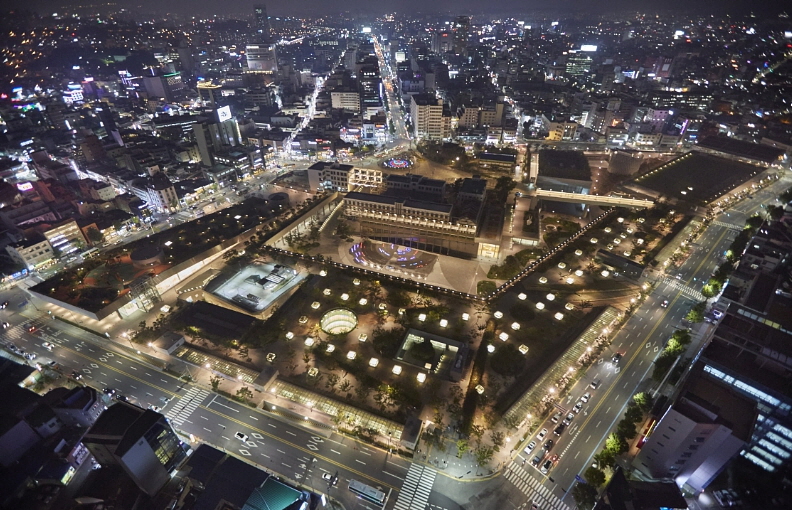 SEOUL, Nov. 25 (Korea Bizwire) — Asia’s largest cultural center that is expected to provide a window into pan-Asian culture will open in the southwestern city of Gwangju later this week, the organization running the center announced on Tuesday.

The Asia Culture Center (ACC) was partially opened to the public in September, but its entirety will become available on this Wednesday.

“The opening ceremony to be held at 11 a.m. on Wednesday will invite 700 people including South Korean Prime Minister Hwang Kyo-ahn, Minister of Culture, Sports and Tourism Kim Jong-deok and his Central Asian counterparts,” ACC said.

“Located in the basement of the old South Jeolla provincial office, it will serve as the platform for international cultural exchange,” Bang Seon-gyu, the acting head of the center, said.

The ACC is also hosting a multilateral meeting running from Wednesday to Thursday, which will gather culture ministers from South Korea, Kazakhstan, Kyrgyzstan, Tajikistan, Turkmenistan and Uzbekistan to discuss ways to enhance cooperation. Bang said he hopes to make international meetings of this kind an annual fixture, with the 7th Asia-Europe Meeting (ASEM) Culture Minister Meetings to take place here in June 2016.

The center also strives to facilitate the creation of cultural content by providing a one-stop solution for artists looking for space to bring their ideas to fruition.

Educational programs will be organized through partnerships with the Netherlands’ Rijksakademie and other world-renowned cultural institutions to encourage research into Asian culture.