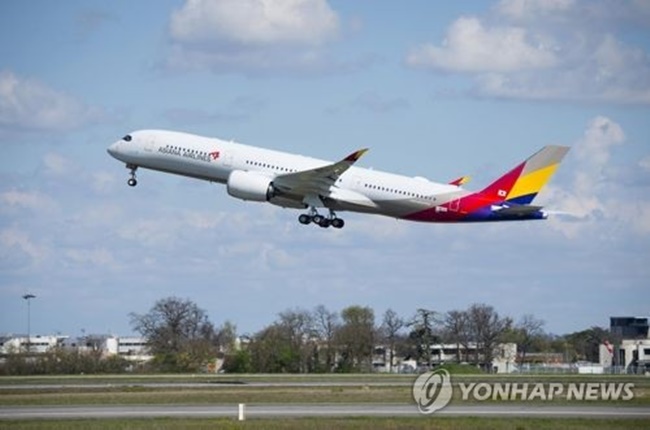 Its heavy dependence on travel demand from China and other Asian countries resulted in poor performance in the July-September period. (Image: Yonhap)

Its heavy dependence on travel demand from China and other Asian countries resulted in poor performance in the July-September period.

Net profit for the three months nosedived to 28.8 billion won (US$26 million) from 152.6 billion won a year earlier, the company said in a statement.

Local airlines have suffered sharp declines in their third-quarter earnings after China banned the sale of group travel packages to South Korea from mid-March in retaliation against the deployment of an advanced U.S. missile defense system called THAAD in South Korea.

Seoul has maintained that the THAAD system is purely aimed at deterring missile threats from North Korea. But Beijing has opposed the installation, saying it could be used against it.

In the January-October period, Asiana’s net profit plummeted 71 percent to 50.11 billion won from 170.42 billion won in the same period the previous year. Operating profit fell 13 percent on-year to 188.06 billion won on sales of 4.58 trillion won, which were up 6.5 percent from a year earlier.