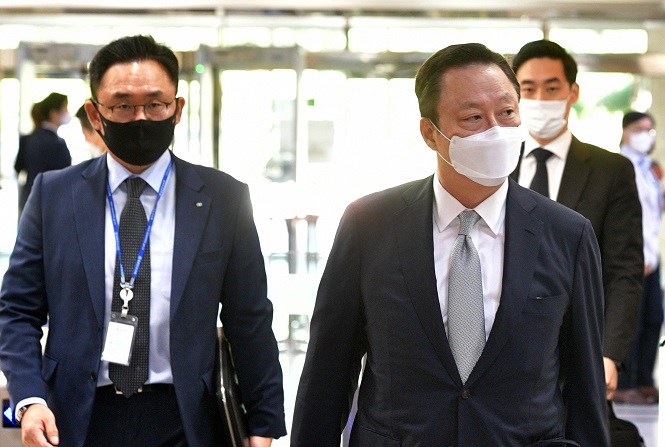 SEOUL, Sept. 24 (Korea Bizwire) — South Korean business lobby groups said Thursday a series of bills that they claim would hurt corporate activities should be further discussed as they will have a far-reaching impact on their business operations and the economy as well.

The government is pushing to pass a package of bills to prevent power abuse by large conglomerates, help improve corporate governance structures and strengthen the financial health of financial companies.

Also, the government is seeking to expand class-action lawsuits to the corporate sector, limit voting rights of the biggest shareholder to 3 percent when selecting auditors and strictly regulate internal transactions among group affiliates.

The country’s six business associations, including the Korea Chamber of Commerce and Industry (KCCI) and the Korea Enterprises Federation (KEF), have expressed grave concerns about the series of bills, saying the enactments may weaken their business competitiveness amid the coronavirus pandemic and make them a target of mergers and acquisitions (M&A) by foreign hedge funds.

In a report submitted to the National Assembly, KCCI Chairman Park Yong-maan asked the government to consider the possible impact on the economy before adopting new regulations and review them.

A class-action lawsuit is a civil lawsuit brought on behalf of a group of people or business entities who have suffered common losses as a result of the defendants’ conduct, with at least one individual or entity acting as a representative of that group.

In another lawsuit system sought by the government, shareholders of a parent company would have the right to file a suit against chief executive officers of its affiliates for any illegal acts.

In response, the business lobby groups said the lawsuit system against CEOs in affiliates could hurt none other than the rights of shareholders in the affiliates.

When selecting auditors at a shareholders meeting, the company’s biggest shareholder has exercised the voting rights in accordance with the stake held.

But the government is moving to revise the laws to restrict the largest shareholder’s voting rights to 3 percent of the shares he or she owns.

“If the 3 percent rule is adopted, it will allow foreign hedge funds to advance to a company’s board (as auditor) and the company may have difficulty in defending the management rights,” the KCCI official said.

The KCCI asked for a temporary lifting of the 3 percent rule in selecting auditors when a foreign hedge fund attempts to make inroads into a company’s board, while demanding approval for transactions among affiliates of a holding firm.