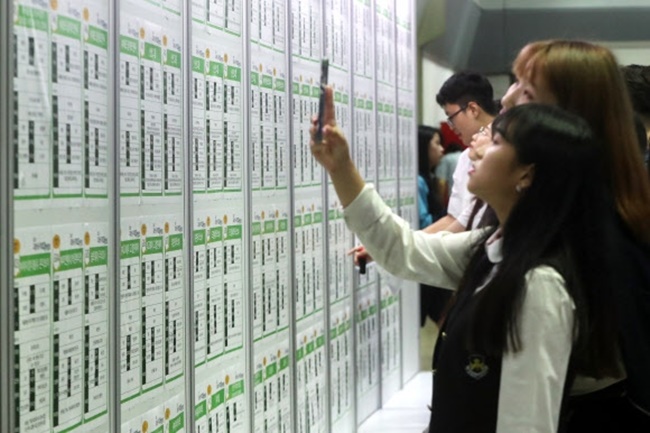 Workers took between five and six years to close the income gap after a slow start at small and medium-sized companies. (Image: Yonhap)

SEJONG, March 6 (Korea Bizwire) — Young South Korean workers are avoiding small and medium-sized enterprises in fear of the long-term negative impact on their career and income, a new study has revealed.

The report released by the Korea Development Institute (KDI) on Tuesday showed a worker’s first job has a significant impact on their career over the next 10 years, both in terms of employment status and income, and urged the government to reform the labor market.

Male graduates of two-year vocational schools who earned 10 percent more than average at their first job continued to earn more than others down the line in 10 years, and still earned 3.8 percent more after a decade, according to the study conducted by KDI researcher Joseph Han.

The gap grew wider for workers with a university degree, as those who earned 10 percent more at their first job consistently earned more over the next 10 years.

As for employment status, workers who started their career off with a higher paid job were more likely to get a job again during the next decade.

The report also draws a close link between the size of one’s first workplace and future income levels, as undereducated male workers whose first workplace had over 100 staff earned 11 percent more on average than those at smaller-sized companies during the first two years.

A similar pattern was found among male workers with a university degree, as those who started off their career at a workplace with over 100 people earned nearly 10 percent more throughout the next 10 years of their career.

Workers took between five and six years to close the income gap after a slow start at small and medium-sized companies. 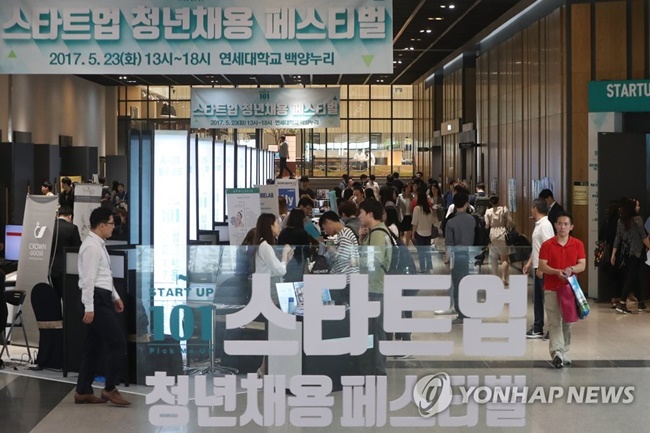 Young South Korean workers are avoiding small and medium-sized enterprises in fear of the long-term negative impact on their career and income, a new study has revealed. (Image: Yonhap)

Contract type also had a long-term impact on workers’ careers, with those employed on longer contracts earning significantly more than those with temporary contracts.

Young workers are spending a significant amount of time looking for a good job without settling down because of the long-term impact on future career paths and income levels, the report said, which explains the labor shortage experienced by SMEs despite high youth unemployment rates.