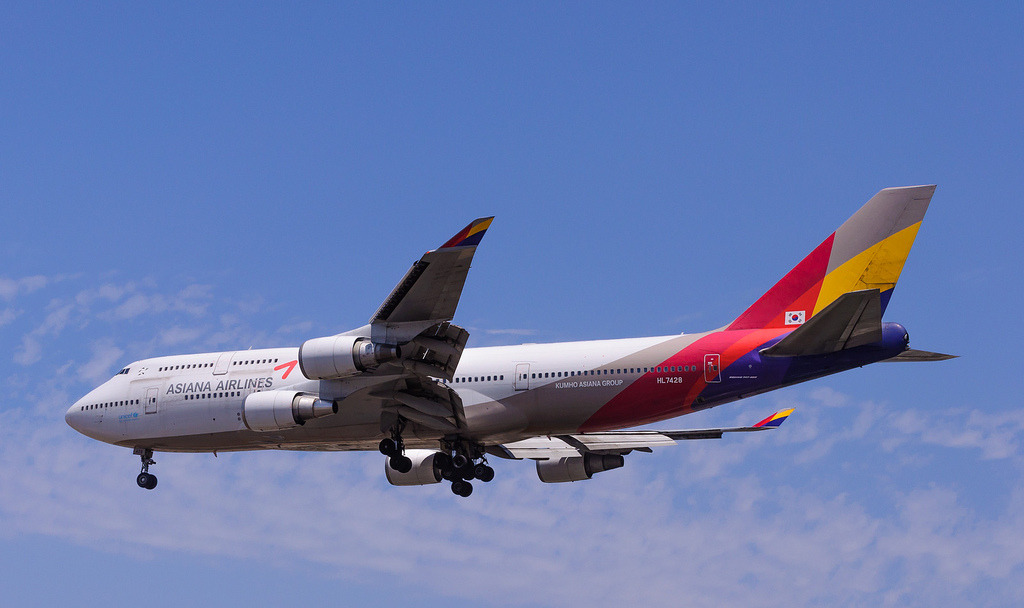 The airline is hoping to recoup funds spent on accommodations for the flight’spassengers, as well as fuel expenses. (image courtesy of InSapphoWeTrust/flickr)

SEOUL, July 10 (Korea Bizwire) – Asiana Airlines has filed a lawsuit for 61.9 million won(USD 54,770) against two Korean individuals for damages that resulted from an aircraft having to return to its point of departure, after it was discovered that the defendants had switched plane tickets.

On March 16, the plane bound for Incheon was forced to return to Hong Kong after flying for an hour, when a passenger surnamed Kim was caught using the ticket of another individual, surnamed Park.

Kim,who originally booked a flight with Jeju Airlines, switched  tickets with Park as he wanted to return earlier.

Asiana let Kim board the plane without properly checking the ticket and his ID, and discovered the error when Park tried to board the Jeju Airlines flight. As a result, the Asiana flight had to return to Hong Kong.

Asiana sued the two for work disturbance, and also filed a suit at Seoul Southern District Court to recover expenses that were incurred as a result of the events on March 26. The airline is hoping to recoup funds spent on accommodations for the flight’spassengers, as well as fuel expenses. Asiana is also considering increasing the amount of the lawsuit by also including overtime pay for the affected staff members, and compensation for damage to the company’s image.

The company stated that “Boarding with a fake identity just for personal convenience reasons not only interrupts the duties of the airline, but also jeopardizes aviation security and the safety of other passengers. Therefore, we decided to take legal measures.”

Meanwhile, Park and Kim are claiming that the airline failed to perform their basic duty of checkingthe tickets, and that charging them for all of the expenses is unfair.

The civil suit is set to begin on July 15, when the first hearingwill be held.