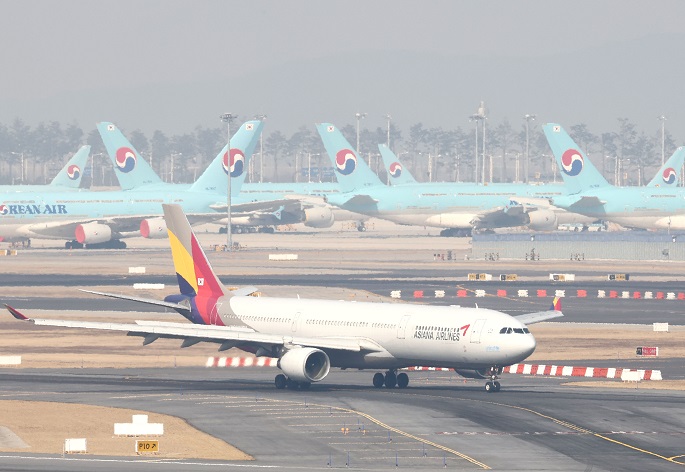 This file photo taken Feb. 9, 2022, shows an Asiana airplane along with many Korean Air planes at Incheon International Airport in Incheon, just west of Seoul. (Yonhap)

Net losses widened to 618.15 billion won (US$516 million) last year from 502.97 billion won a year ago as the pandemic continued to weigh on travel demand, the company said in a statement.

“The won’s weakness against the dollar drove up the value of foreign exchange losses in the fourth quarter, resulting in widened annual net losses,” a company spokesman said.

The company transformed seven passenger jets into cargo planes in the past two years to win deals to transport semiconductors, electronic machines and other high-end products to offset dried-up travel demand amid the pandemic.

It allowed it to swing to an operating profit last year, the statement said.