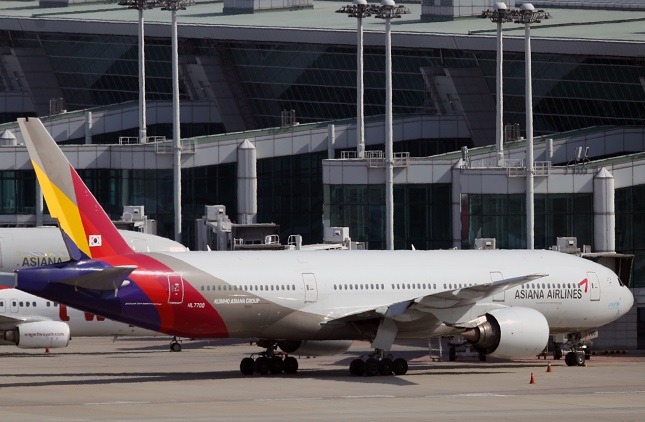 This photo taken on Feb. 23, 2021, shows Asiana airplanes at the Incheon International Airport in Incheon, just west of Seoul. (Yonhap)

For the three months ended in June, net profit rose to 60.8 billion won (US$52 million) from 50 billion won during the same period of last year, the company said in a statement.

In the January-June period, however, net losses deepened to 633.26 billion won from 286.04 billion won in the year-ago period, it said.