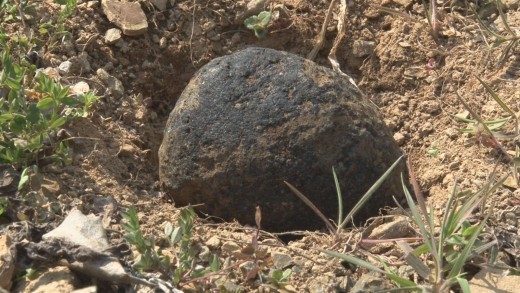 The 4.5 billion-year-old meteorites that fell in Jinju city. (image: SBS)

SEOUL, Dec 30 (Korea Bizwire) – The 4.5 billion-year-old meteorites that fell in Jinju city, South Korea in March 2013 are having a hard time entering Korean scientific research circles due to their owners’ excessive compensation demands.

The Korean Government is attempting to purchase the meteorites for use in scientific research.

In March 2013, four meteorites weighing 35 kilograms in total fell on a farming site in Jinju. They are as old as the sun, and the first meteorites to land on the Korean peninsula in 71 years.

The Korean Government announced that it would buy the meteorites to benefit Korean scientific research communities, and to prevent the rare celestial objects from being sold to foreign collectors.

However, the current owners of the four meteorites are demanding more than 27 billion won (US$ 24.5 million) in compensation. Meteorites of 35 kilograms are usually sold for around 180 million won (US$ 163,526) on the international market. 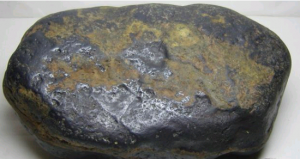 The Korean Government offered the owners 350 million won (US$ 318,041), about twice the going marketprice. While the government’s offer was  reasonable, the owners have so far refused to accept it.

Meanwhile, a revised bill related to space development law was passed in a plenary session on December 29. The revised bill contains articles preventing meteorites found in Korea from being taken out of Korea, and also the establishment of a meteorite registration system.

Meteorites found in Korea will be registered by the minister of Science, ICT and Future Planning, and their status will continuously be tracked. The bill will be applied retroactively in the case of the Jinju meteorites.