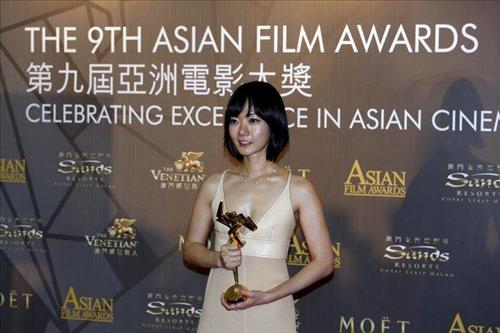 SEOUL, March 27 (Korea Bizwire) — South Korean actress Bae Doona has won the best actress award for her performance in the Korean film “A Girl at My Door” at the ninth Asian Film Awards in Macau, China, her agency said Friday.

Bae won the honor during the awards ceremony held on Wednesday, beating Gong Li of the Chinese film “Coming Home” and Tang Wei of another Chinese film, “The Golden Era,” Saetbyuldang Entertainment said.

Directed by July Jung, “A Girl at My Door” tells the story of a female police officer (played by Bae) who becomes embroiled in an unexpected incident while trying to help a maltreated girl in a small seaside village.