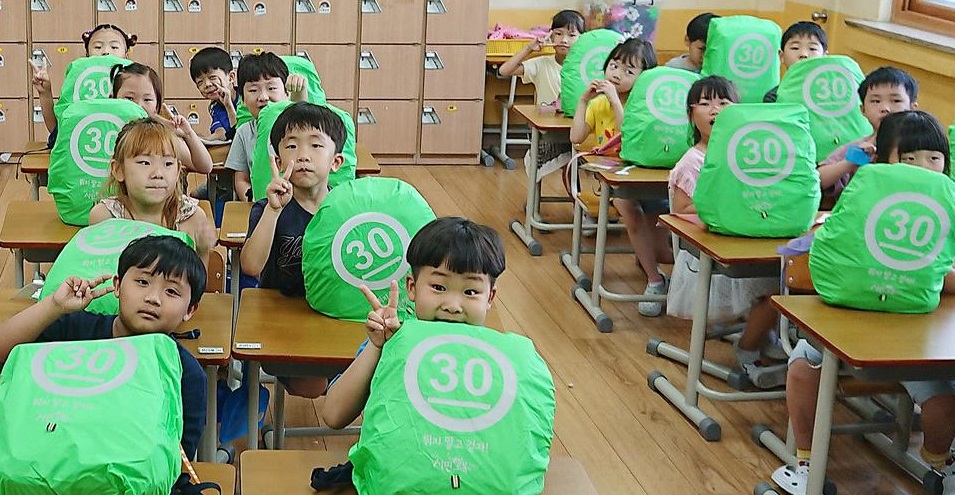 GURI, Jun. 26 (Korea Bizwire) — The city of Guri in Gyeonggi Province said Tuesday that it has produced 520 bag covers for students and delivered them to first- and second-graders at three elementary schools.

Following a similar initiative at an elementary school on a trial basis last year in which parents and teachers responded positively, the city expanded the distribution of bag covers.

The bag cover is waterproof and marked with the number “30,” a nod to the speed limit of 30 kilometers per hour that must be observed within school zones.

A number of improvements were made to the bag cover that was supplied last year, with the addition of a name tag and connection ties to prevent loss. 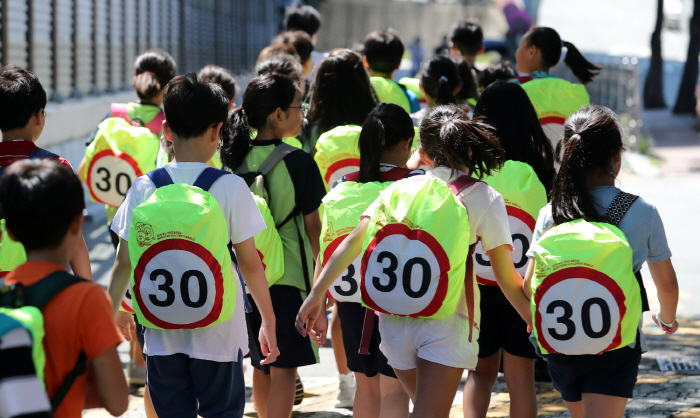