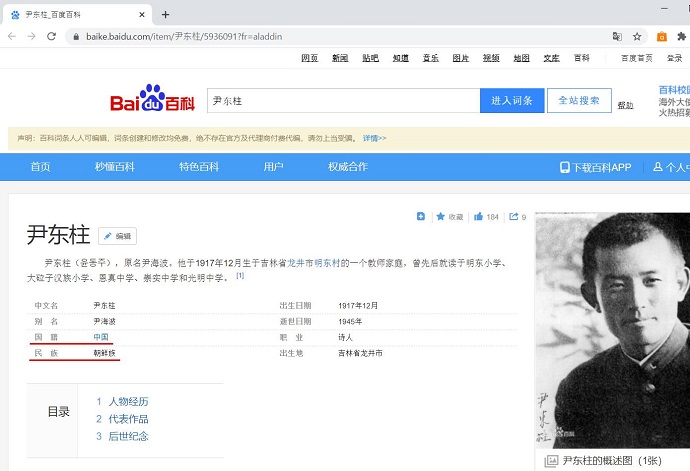 Other famous independence activists, Yu Gwan-sun and Kim Koo, have correctly been introduced as Korean nationals, while their ethnicity has been left unidentified.

Earlier this year, Baidu encyclopedia incorrectly introduced kimchi as a variation of pao cai, a type of pickled vegetable consumed in China.

The sign claims that Yun Dong-ju, falsely introduced as ‘Chinese Korean,’ was a Chinese patriot.