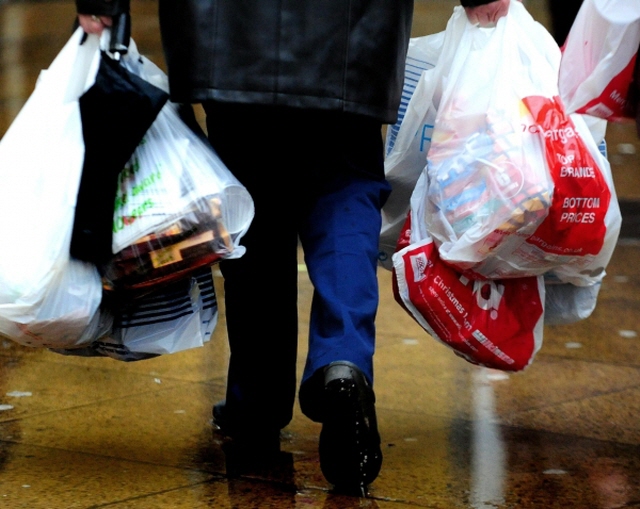 The ban on disposable plastic bags was announced at the end of last year for a three-month administrative guidance period. (Yonhap)

SEOUL, Mar. 27 (Korea Bizwire) — Use of disposable plastic bags will be banned at large retailers nationwide, starting next month, as part of the government’s efforts to reduce waste and conserve the environment, the Ministry of Environment said Wednesday.

The ministry said about 2,000 hypermarkets and approximately 11,000 big supermarkets with sales floor space of 165 square meters or more will be prohibited from offering disposable plastic bags to their clients from April 1.

Department stores and large shopping malls are also subject to the revised enforcement regulation of the Act on the Promotion of Saving and Recycling of Resources, the ministry said.

Retailers that violate the ban could face fines of up to 3 million won (around US$2,644).

Plastic containers for wet goods, such as meat and fish, muddy vegetables and ice cream that can melt in ordinary temperatures will still be allowed.

The ban on disposable plastic bags was announced at the end of last year for a three-month administrative guidance period.

“All members of our society are asked to actively participate in the national movement to reduce the use of disposable goods, so that we can pass on a good environment to our descendants,” a ministry official said.