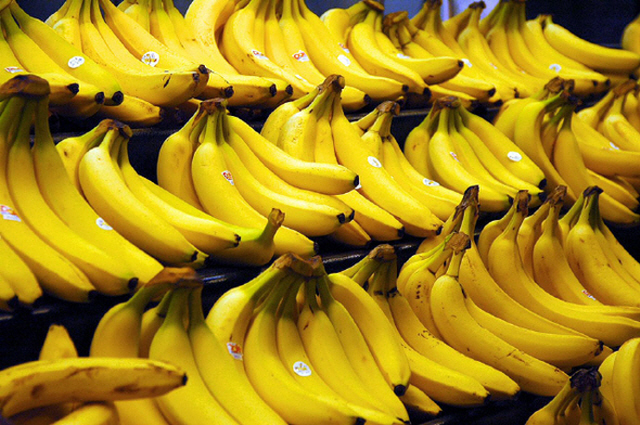 SEOUL, Jul. 7 (Korea Bizwire) — Bananas were the most sold fruit in the first half of the year, according to leading retail giant E-mart on Friday, replacing the longtime favorite apples.

E-Mart said it sold 37.6 billion won (US$32.48 million) worth of bananas in the January-June period, up 8.7 percent from the same period last year. The amount tops numbers for apples that stood at 33.1 billion won, down 16.2 percent from last year.

The retail company said the latest tally marks the first time that bananas were the top-selling fruit at its stores.

According to sales records, some 7.6 million shoppers bought bananas at the retail chain, up from 6.5 million in the first half of last year. Consequently, bananas accounted for 10.6 percent of total sales at E-Mart, up from 9.8 percent.

Officials said bananas, which used to be a luxury food in the 1980s because of their high prices, have become affordable and are preferred by households of one or two people who substitute meals with the fruit.

Diversified import sources also helped, they said. While 88 percent of the imported bananas came from the Philippines during the measured period last year, the figure dropped to 75 percent this year. Instead, imports from Ecuador increased from 10 percent to 15 percent, officials said.

“Bananas are cheap and popular among young women as an alternative to a meal,” Lee Jin-pyo, a buyer for E-Mart, said. “We expect bananas to be the best-selling fruit for this year for the first time.”