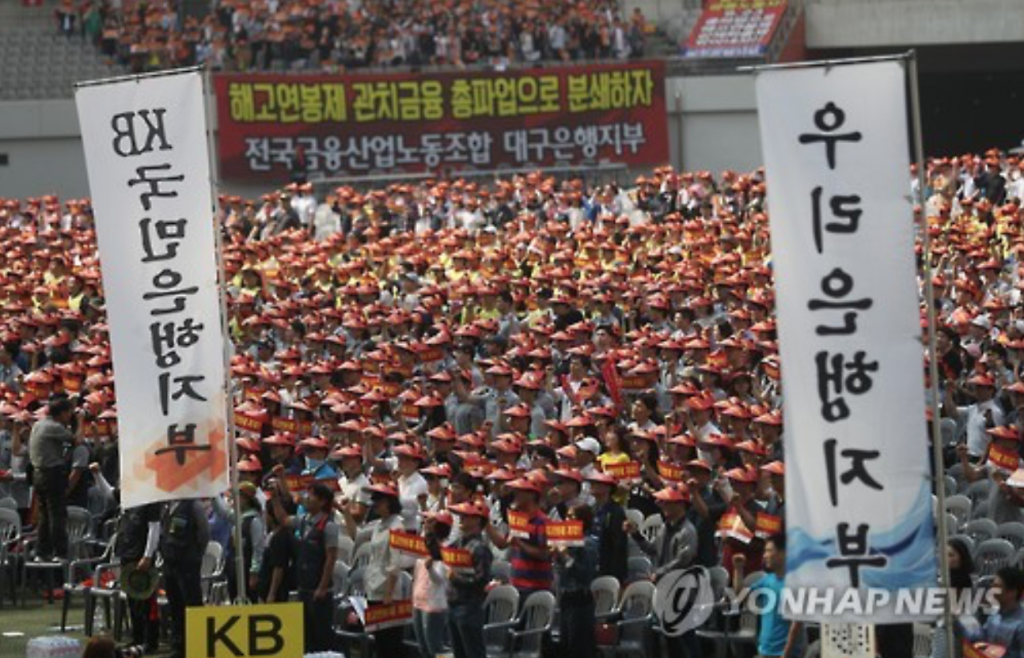 SEOUL, Sept. 23 (Korea Bizwire) – Tens of thousands of unionized bank workers in South Korea staged a walkout Friday against the expansion of a performance-based pay system in the nation’s financial industry.

There were no reports yet of major disruptions in banking services across the country, as the participation rate was apparently lower than the Korean Financial Industry Union (KFIU) expected.

The government said roughly 20,000 members of the KFIU appeared at Sangam World Cup Stadium in western Seoul for the general strike that began at around 11 a.m.

“It started later than scheduled due to many participants from local areas outside of Seoul,” a KFIU official said. “The number of participants was about 50,000 as of 11:20 a.m.”

Prior to the strike, the union said most of its 100,000 members working at 15 commercial banks across the country would join the one-day collective action.

However, most of the employees at the four leading local banks — Kookmin, Shinhan, KEB Hana and Woori — stayed at work, according to the state Financial Supervisory Service.

The KFIU said some 15 percent of union members at the four banks took part in the strike.

The other participants include around 11,000 and 7,000 workers from NH Nonghyup and the Industrial Bank of Korea, respectively, added the union.

The union’s general strike, the first in two years, came in defiance of the government’s repeated call to resolve the problem through dialogue. 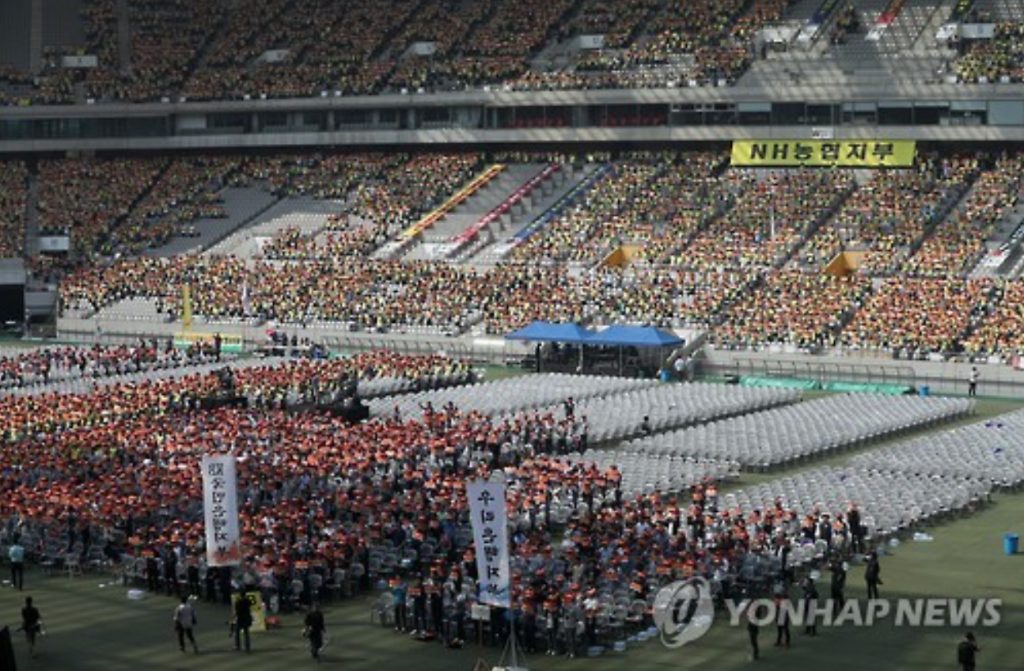 The KFIU said it had no other choice but to protest against the scheme for a full-scale performance-linked salary mechanism, claiming it will be used to allow banks to fire more employees and eventually lower the competitiveness of the banking sector.

“We can’t accept the dismissal salary system forced by the administration even with a knife under our necks,” said Kim Moon-ho, head of the union. “It will seriously harm the stability of the financial industry and bring irreversible damage to the people.”

The union will consider additional collective action after the one-day general strike, he added.

Government officials have stressed that merit-based pay is a must to help ride out a crisis facing the financial sector, mainly caused by prolonged low economic growth and interest rates.

The government is open to talks with bank workers on detailed ways to implement it, they added.